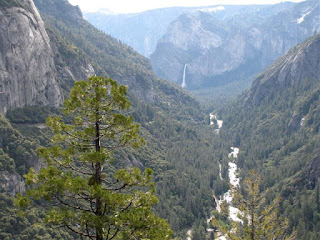 Woke to grey skies, but no rain. The forecast was for a cloudy day and that's what it turned out to be.  We had a late breakfast and headed into Yosemite.  The sky was grey and overcast and every picture was taken looking up from the valley floor toward the sky.  Not too good for photo's.  That said, it was a beautiful place.  Water was running everywhere.  There were waterfalls coming off many cliffs and mountainsides that didn't even have names. 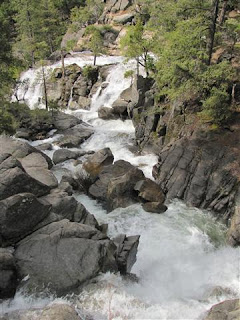 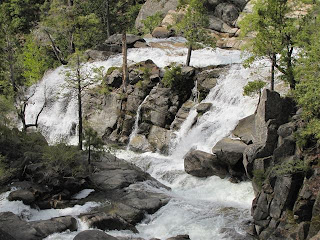 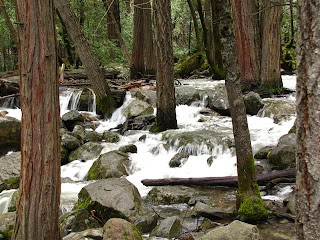 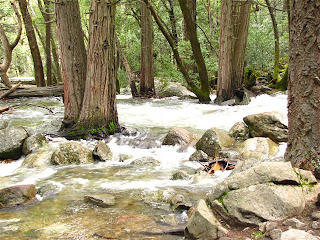 All the major waterfalls were awesome, and the cliffs were something to see.  I still think Zion has it beat in beauty.  There is just so much more color in Zion. 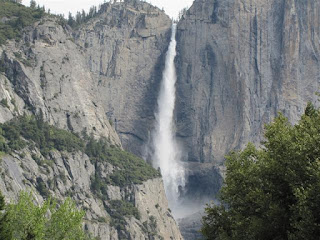 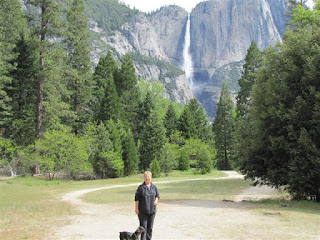 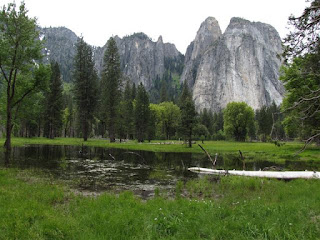 There were many flowers everywhere.  The dogwood trees were just now blooming.  They are similar to, but not quite the same as what grows down South. 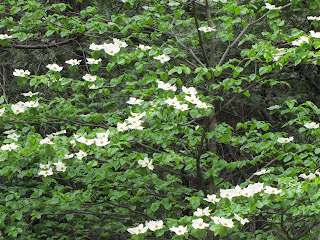 We drove and walked most of the valley area.  There were people everywhere.  I can only imagine how crowded it will be in July and August.  On the way back to our campground I took a hike of a couple of miles to a small sequoia grove.  They are some awesome trees.  Even the fallen ones were something to see. 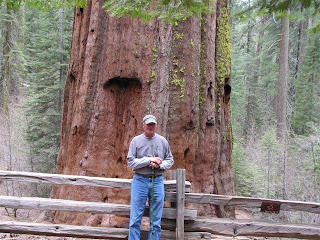 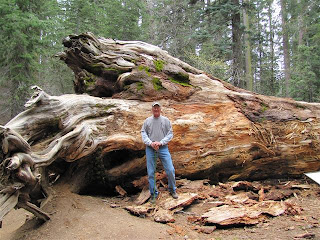