A destination has emerged!

The only thing we saw worthwhile today was a 11,000 acre wild fire between Cheyenne, and Douglas, WY. 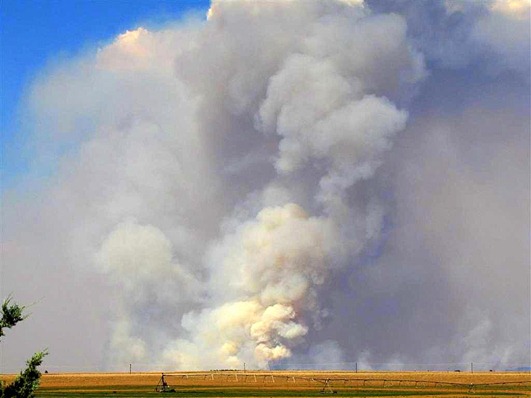 It was mostly burning in sage and scattered small timber.  You could see the smoke plume for over 50 miles. 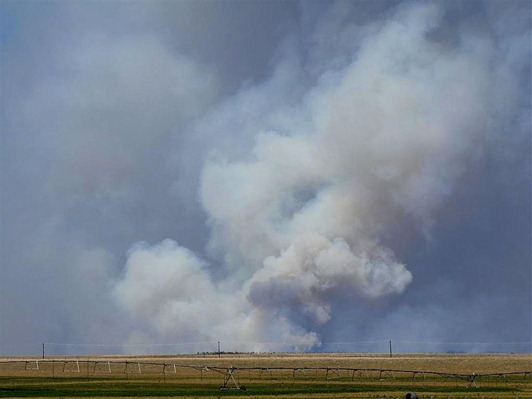 It was a pretty boring day of driving from Goodland, KS to Douglas, WY.  We took mostly blue highways and saw lots of empty pastureland and lots of feedlots.

Arriving in Douglas to near 100 degree temperatures seemed normal.  After spending a while on the computer checking temps along the Front Range of the Rockies and associated ranges, we came up with a plan.

We’re heading for Columbia Falls, MT in the morning.  Haven’t got our stops along the way planned out yet, but figure we can be there by Saturday, or Sunday at the latest.  With lows in the forties, and highs in the seventies or low eighties, it sounds like the place we are looking for.