Not a lot to report today.  Lots of windshield time trying to get across Kansas.  We had planned to go the Woolaroc Museum this morning, but after doing more research we decided to pass. Got a early start out of Bartlesville and made it to within about 20 miles of the Colorado border before calling it a night in Goodland, KS.

As we were driving on Hwy 60 just West of Pawhuska, OK, Wanda said look; there’s the Drummond Ranch.  For those not in the know, that’s the home of The Pioneer Woman.  Blogger, Cook Book author, Food Channel Program, etc.  Didn’t look like much from the highway at 60 miles an hour but I’m sure it would have been something to see a few miles down that private road. 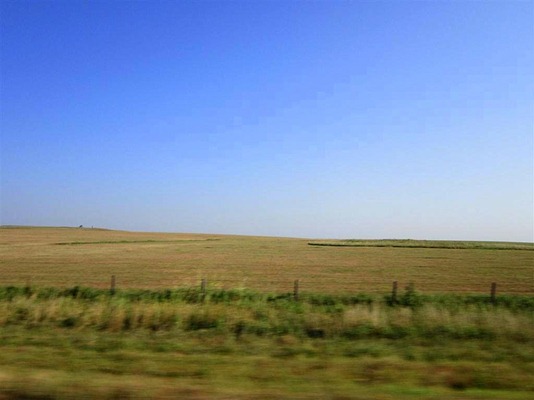 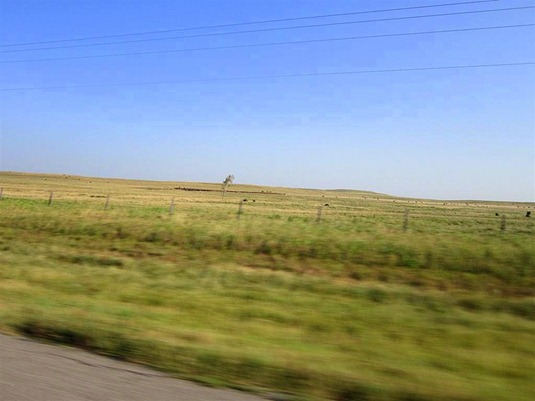 The highlight of the day was a stop in Victoria, KS.  Named by English settlers in the early 1870’s who came to establish an aristocratic lifestyle in the American West.  They were joined a few years later by poor immigrants from Southern Russia called Volga-Russians.  As the plan didn’t work out for the Englishmen, they returned to their homeland, leaving the area to the Russians.

Along with their strong work ethic, the Russians brought their strong faith in the Catholic Church.  One of the first things they did upon their arrival was erect a wooden cross at which to recite the rosary. 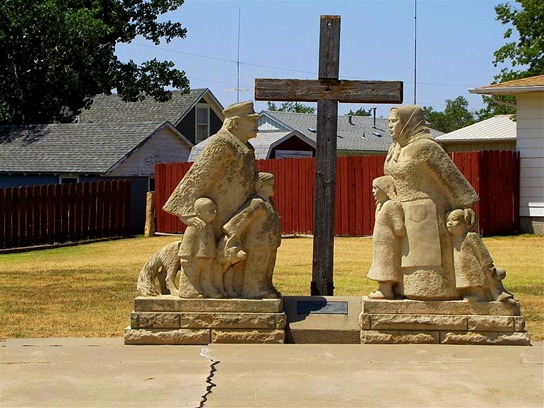 From this cross grew one of the most fantastic sites one could expect to find in Kansas.  The Cathedral of the Plains. 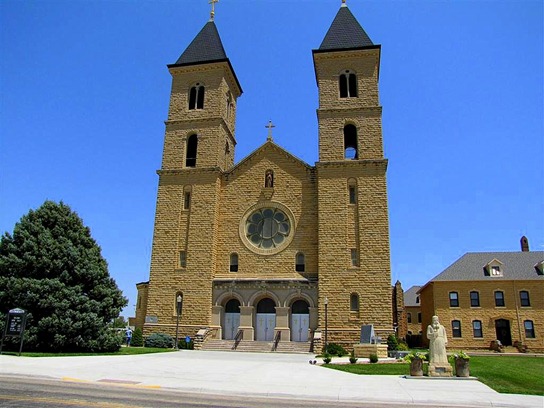 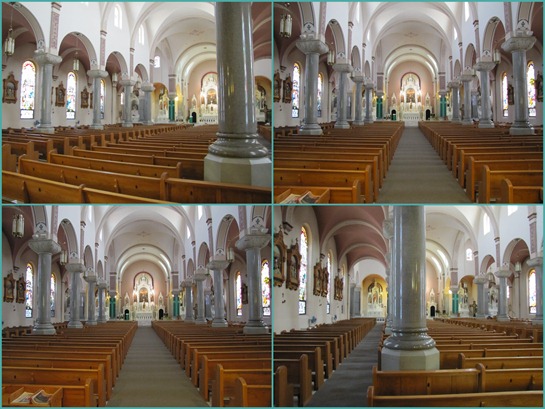 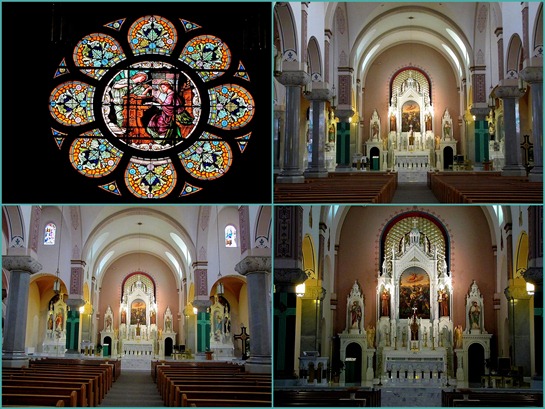 There’s a long story about the how and why it was built, and how it got its name, but it’s too much to try and put into a blog.  You can research it on the web if so interested.  Built mostly of locally quarried stone, by local craftsmen, it is something to see if you are ever cruising I-70 in Western Kansas.

Seems most things in Kansas are made of stone.  Notice the stone fence posts.  They are everywhere out here.  A tough way to build a fence, but if you have no trees and plenty of stone, you make do with what you have. 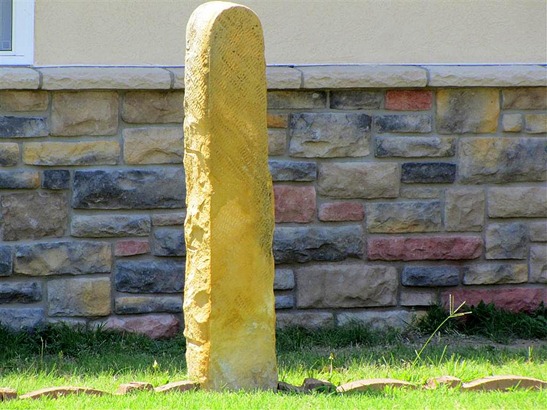 A nice stop along the way. 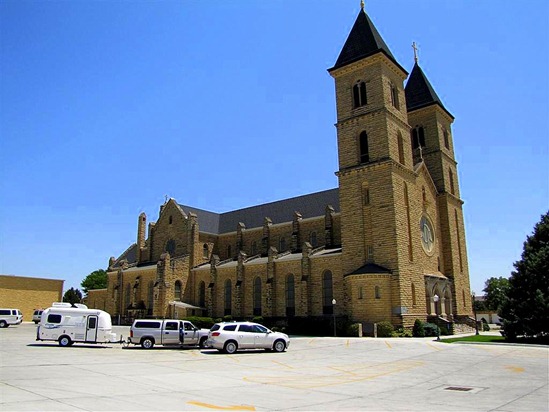