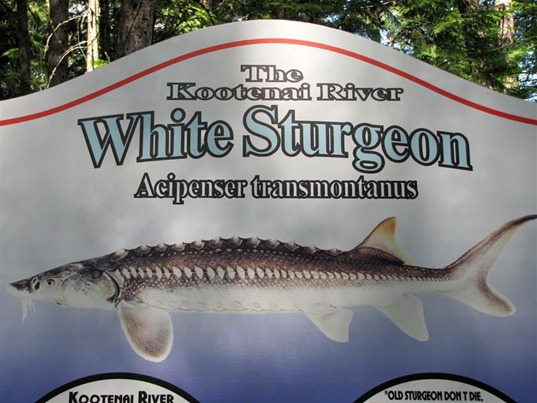 We headed west from Kalispell on Hwy 2, driving toward the Idaho border.  A really pretty drive through a large valley all the way to Libby, MT.  From there it was just a few miles to a rest stop and county park on the Kootenai River.  From the parking lot you can take a short hike to the Kootenai Falls and a swinging bridge over the Kootenai River.

We decided that as it was a short hike, we would take Sally with us.  Before you get to either site, you have to cross a footbridge over the railroad tracks. 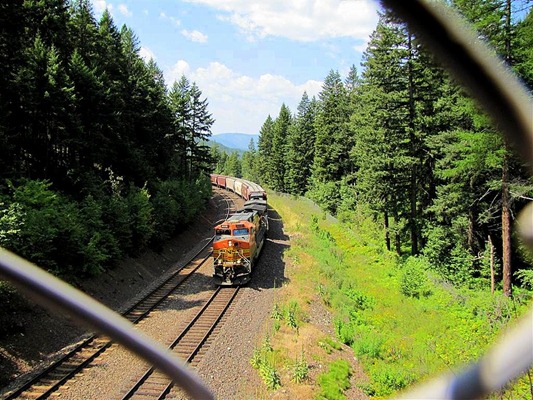 On the other side of the bridge were three flights of stairs approximately 20 steps long manufactured out of steel grid with rough edges for traction.  Sally wasn’t about to go down it, and even if she would have, it would have ruined her feet.  You know what that meant.  I carried her down, and then back up on the return trip.

The falls were something to see.  They weren’t that tall, but the power of the water was incredible. 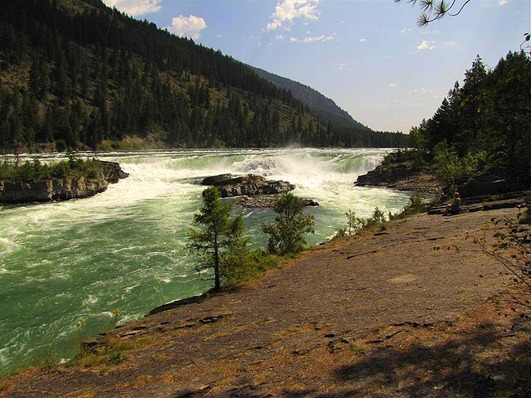 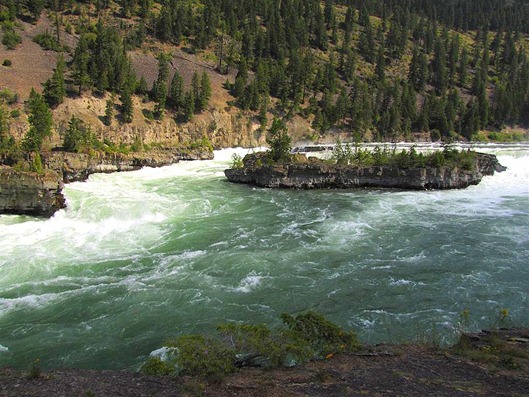 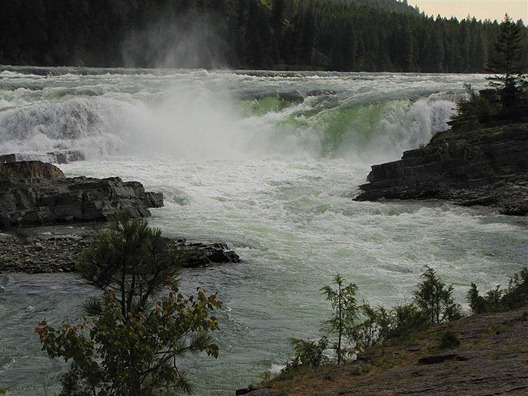 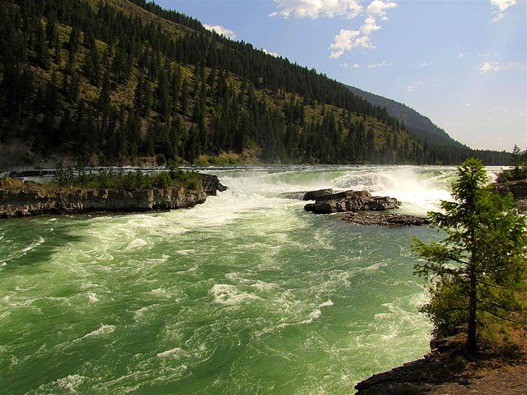 Just downstream from the falls was a swinging bridge across the river. 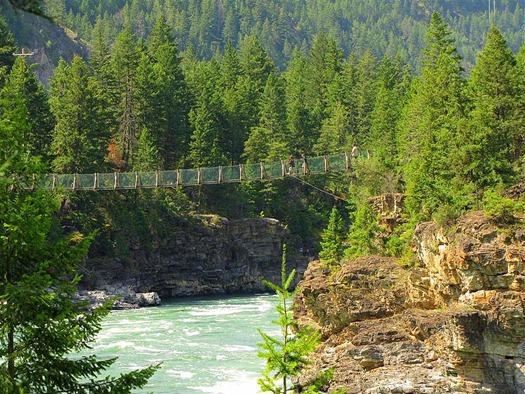 The original was built by the Forest Service for access to fires, but was destroyed by a flood in 1948.  It was rebuilt and is now used for access to hiking trails and such. 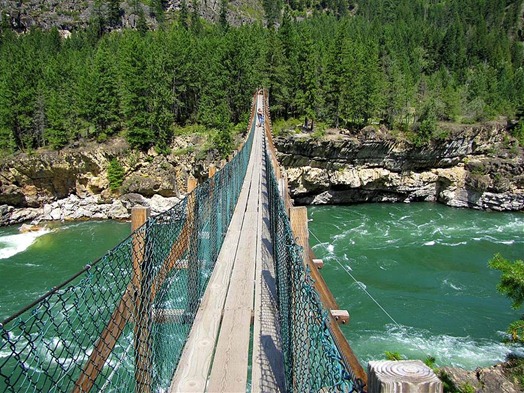 Looking upstream from the bridge. 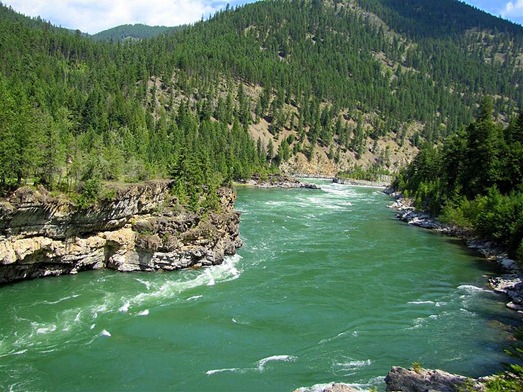 From there we took the next left that carried us through the Bull River Valley down to Hwy 200.  We headed back East at that point, following the Clark Fork River upstream.  A beautiful drive that brought us to Thompson Falls, MT about 3 PM.  As there was a Montana state park there, we decided to give it a try.  Pulled it up on the internet and it showed $7.00 per nite for a dry campsite.  Not bad, so we pulled in.  What a surprise!  the $7.00 was for Montana residents, nonresidents had to pay $23.00 for the same no frill site.  I don’t think so.  $23.00 for a dry campsite versus $28.00 right across the road at a nice RV park with full hookups.  Guess where we stayed.
It was a really nice RV park and we had a private site with access to the river. 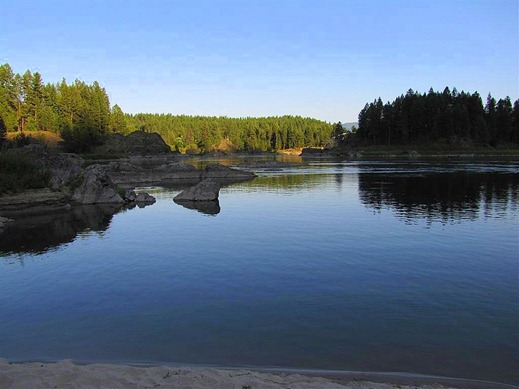 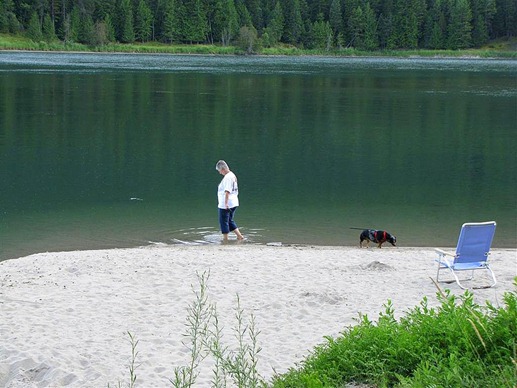 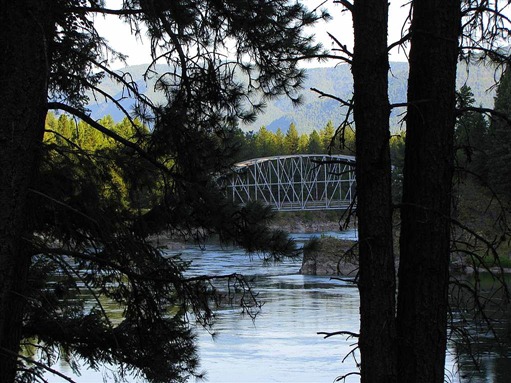 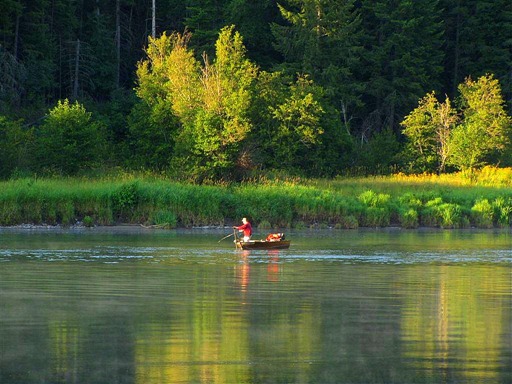 Our little spot of Heaven for the afternoon. 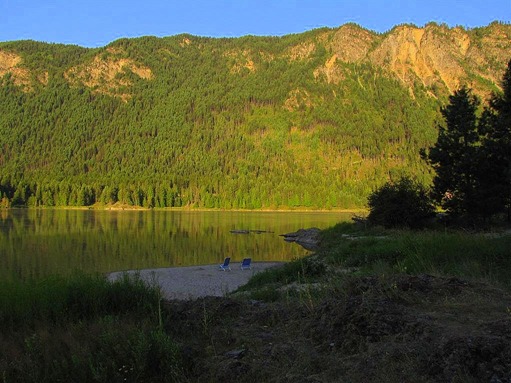 This afternoon finds us in a different environment.  We are in North Fork, Idaho on the North Fork of the Salmon River.  Hot and dry.  We have a site right on the river, but it’s not a nice as last evening. 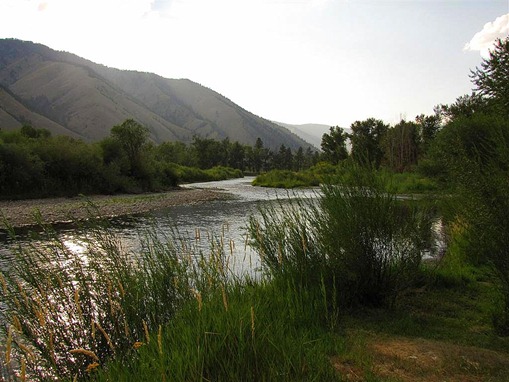 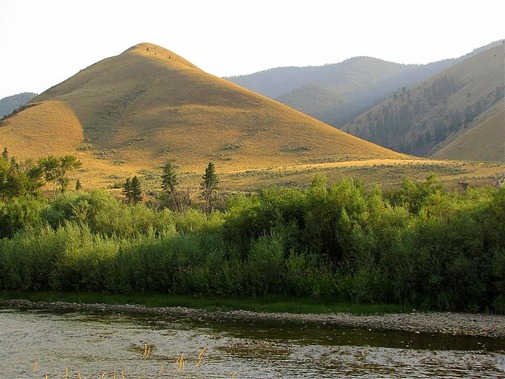 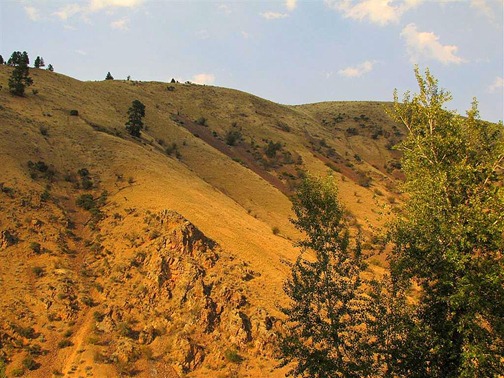 Just might take a float trip, tomorrow……..jc
Posted by JerryC at 9:36 PM