On Friday, we decided to drive down the less traveled side of the island to Bass Harbor.  I wanted to see the Bass Harbor lighthouse.  The road followed the shoreline most of the way down, but was just far enough away to prevent easy viewing. 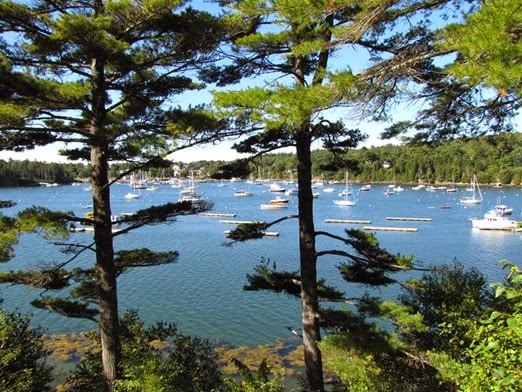 Just before we arrived at Bass Harbor, Wanda commented that the vehicle in front of us had a Mississippi license plate.  They also turned into the lighthouse parking area.

As we were getting out of the truck we heard a voice say; look, somebody else from Mississippi.  To our surprise, it wasn’t the couple in the car we had followed in, but another couple standing in the parking area.

Soon, all three couples; one from the town of Indianola, in the Delta; one from the Hattiesburg area, and Wanda and I, were in deep conversation right in the middle of the parking lot.  Dodging cars, talking like long lost friends, though our only connection was to be Mississippians, in Maine.

Soon, we realized we had common friendships amongst us.  Wanda used to work with the best friend of the lady from Hattiesburg.  We are good friends with a couple in our area, that worked for the same newspaper as the man from Indianola.  And, on and on.

We spent nearly an hour talking like long lost friends.  I think that could only happen with folks from the South.

As for the lighthouse, it was pretty neat, but hard to get a picture of.  This is the best I could do. 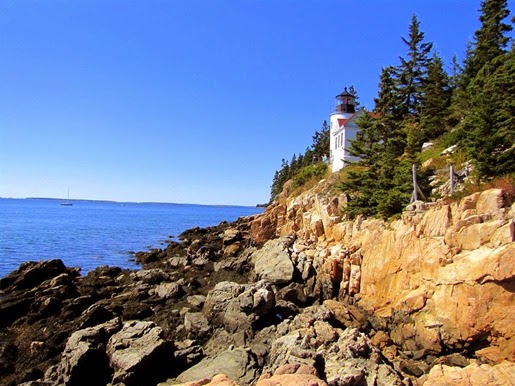 From there we had a shore lunch, 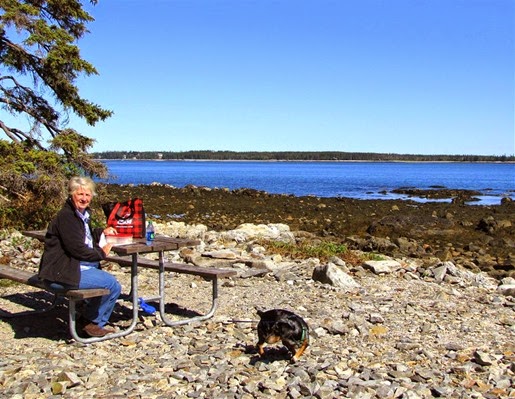 and I provided supper. 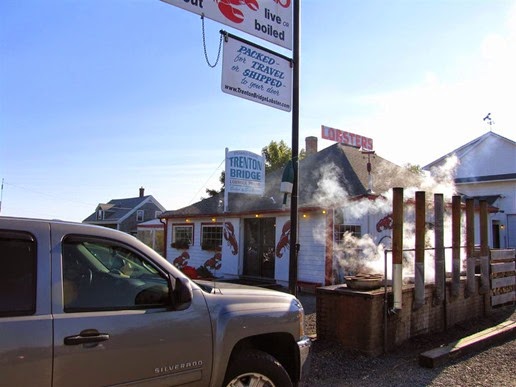 Fresh lobster, from a roadside stand.  You pick them out, and they are boiled in sea water while you wait.  We had three prepared, and ate them on our table at the campground, along with some homemade lobster stew……jc