We had considered leaving Corning, NY and making our way Southeast to the Amish country of Pennsylvania on Friday, but common sense prevailed.  Instead we found a Corp of Engineers campground pretty much in the middle of nowhere.  West Central Pennsylvania is beautiful country.  Valleys running approximately north and South divided by high ridges.  The ridges are timber covered, and the valleys appear to be family farms.  Rolling fields of corn, soybeans, and alfalfa.  Small towns and villages every few miles along the way.

We had picked up a brochure which mentioned a railroad museum in Altoona.  Thought we would drive the twenty-five or so miles into town, and check it out.  It happened to be a museum of the Pennsylvania railroad and it’s connection to Altoona. 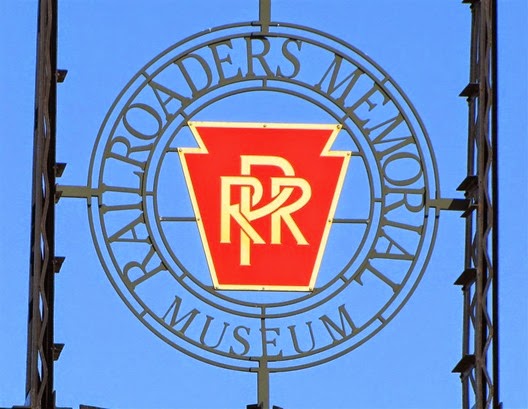 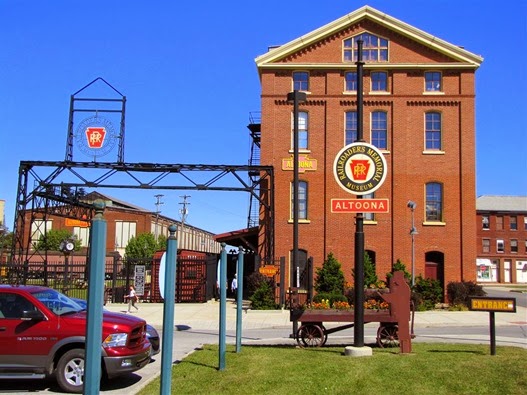 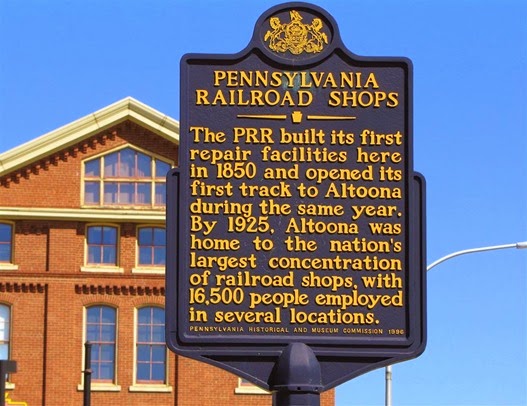 Can you imagine over 16,000 people in one town employed by the same company?

Altoona appeared to be the heart of the Pennsylvania Railroad.  The shops kept the rolling stock repaired, the test lab tested everything from from light bulbs to rails.  The crews lived there, as well as those that maintained the rails.

The museum was the best I’ve seen.  It represented the history of the railroad, and Altoona, from beginning to end.  Three floors of exhibits, diorama’s, and the real thing.  My camera battery died as we began the tour, so I captured very few of them. 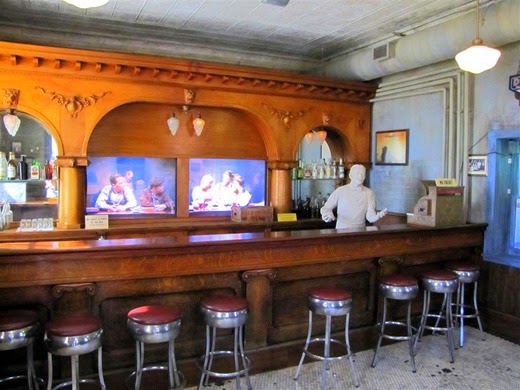 even had one of these.  How long since you’ve seen one around town? 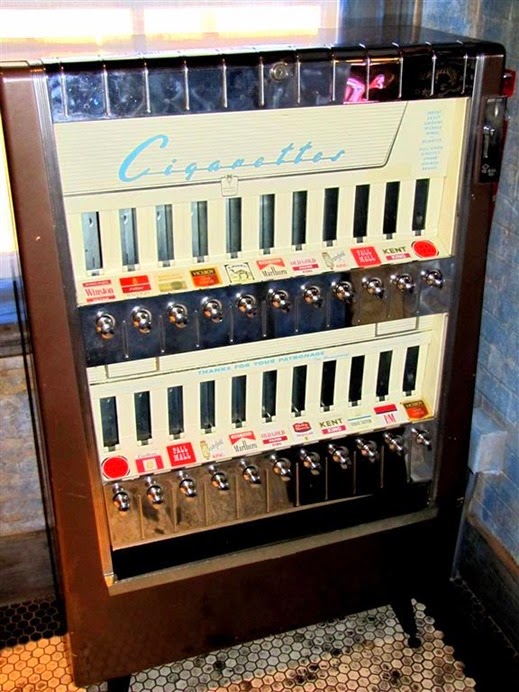 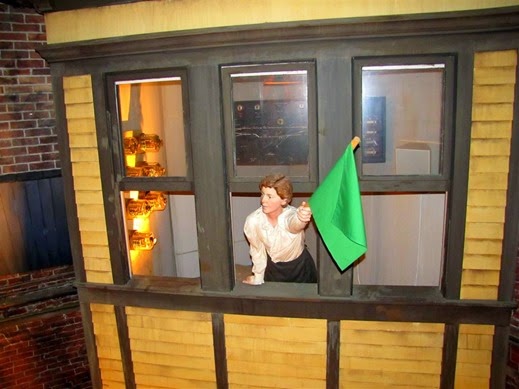 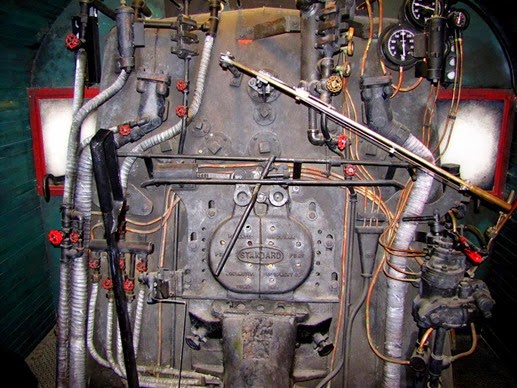 A few facts about the town during its heyday. 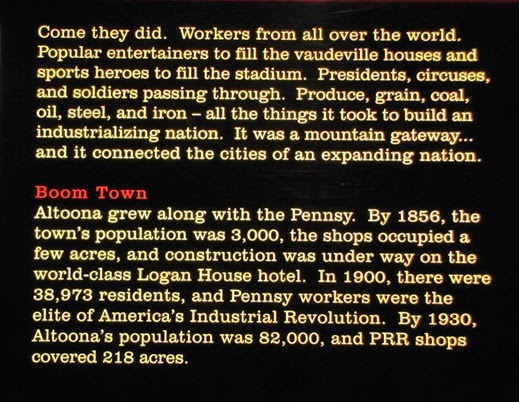 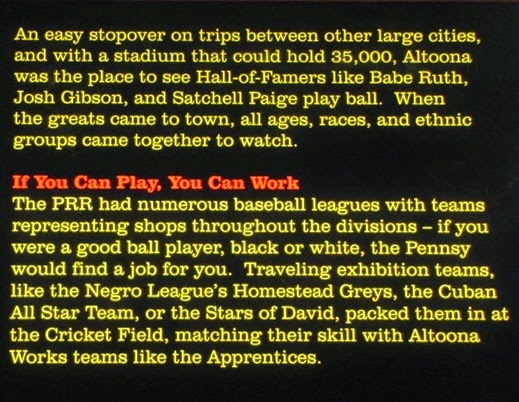 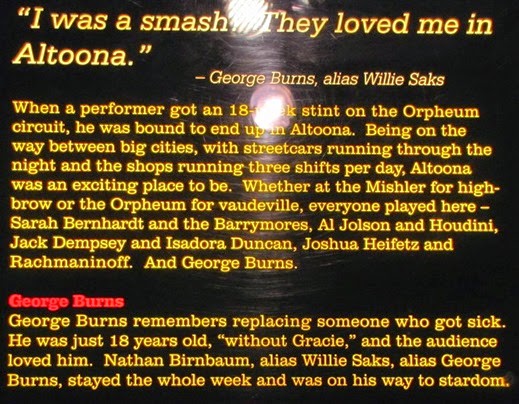 Another part of the museum concentrated on Horseshoe Curve. 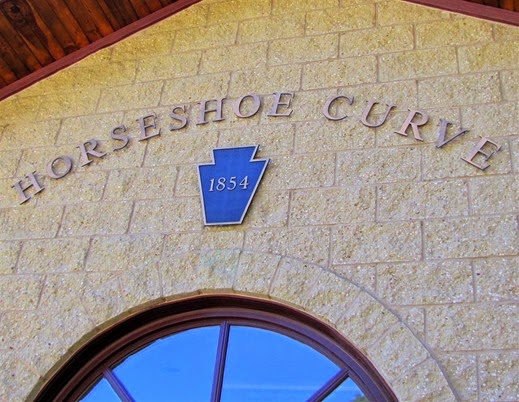 Completed in 1854 by mostly Irish workers using picks, shovels, and wheelbarrows, it allowed the railroad direct access over the Allegheny Mountains. 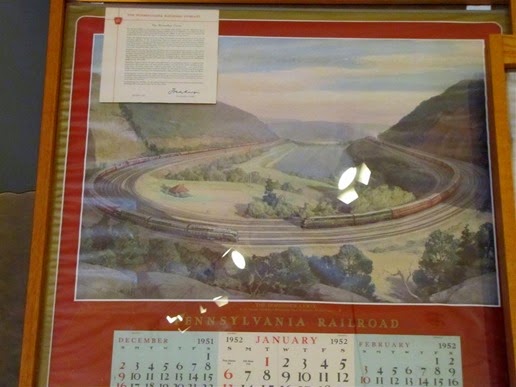 Important enough to be targeted by Germany in WWII. 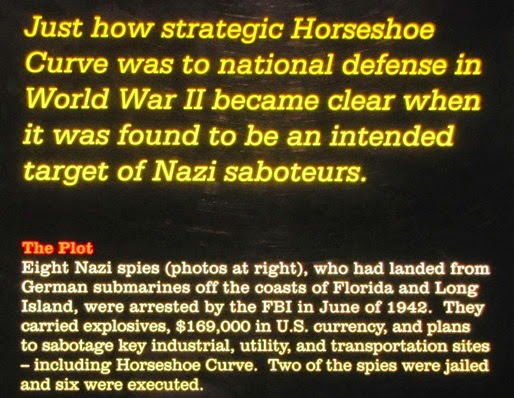 Still in use today.  Coming….. 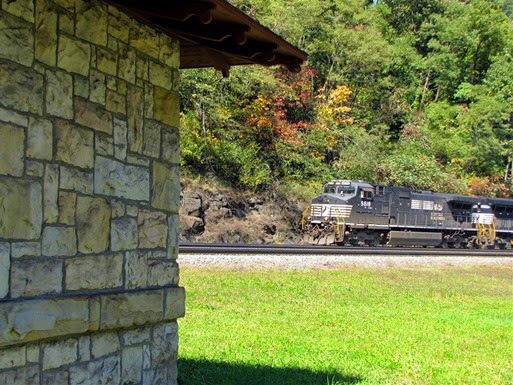 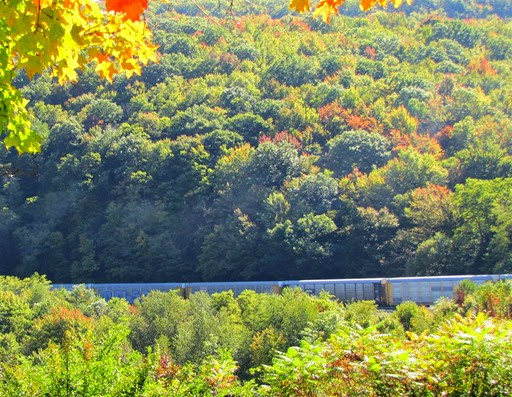 The view back down the grade toward Altoona. 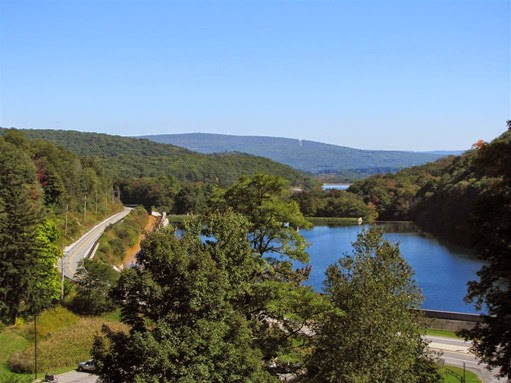 If ever in the Altoona area, don’t miss it.  Especially if anyone in your family worked for any railroad back in their heyday…..jc