Met friends for coffee Friday morning before hitting the road.  It’s been pretty cold the past few days, and we were hoping for a little warmer weather before departing home.  Actually, I think we departed on the coldest day of the Winter, so far.  We had planned to spend a few days at the Davis Bayou campground near Ocean Springs, MS before moving on East.  It is a part of the Gulf Islands National Seashore but doesn’t allow reservations.  The entire campground was full, and I don’t think there was a local in the park.  It has definitely been discovered by our Northern friends, both American and Canadian.  We moved on East a few miles to Shepard state park in Gautier for the night.  Had a nice site overlooking the Pascagoula river marshlands. 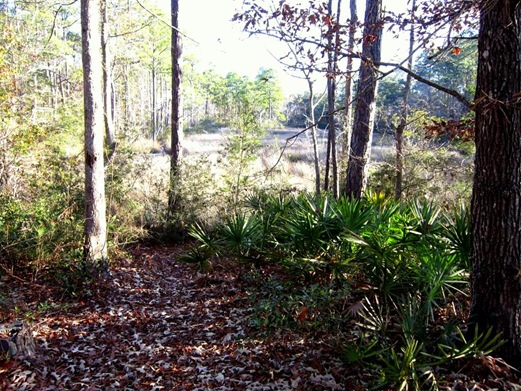 After getting settled in, we headed out for some BBQ.  The Shed, famous for their award winning BBQ, was just a few miles away.  We tried a sampler platter for the two of us, and it was FINE.  I took some pictures with my phone, but either the phone of the laptop won’t allow me to share them here.  All I can say is if you are ever in the Ocean Springs/Gautier area, and you like BBQ, make it a point to visit The Shed.  It’s only 1/4 mile North of I-10.

Friends shared a loaf of home made bread with us as a “hitting the road” happy. We put it to good use Saturday morning.  Nothing beats hot grilled toast on a cool morning. 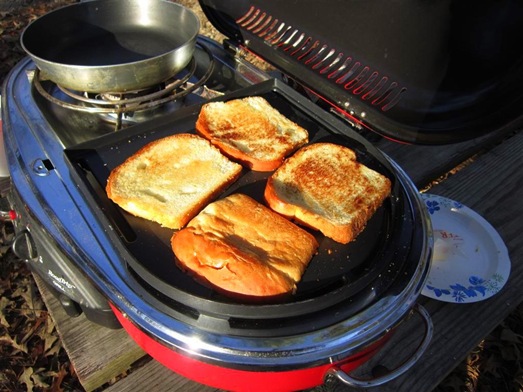 After breakfast we had a little powwow and decided to move on to Florida.  We are in the Ft. Pickens CG on Santa Rosa Island again.  We thought it would be a good stop for a couple of days while the weather warmed up a bit more.  Lots of folks here, also; though the two CG’s are only about half full.  You can have the walkway to the beach to yourself. 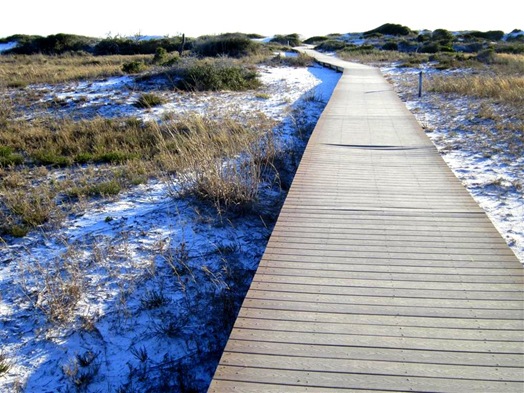 The beach is also empty.  Just a few footprints in the sand. 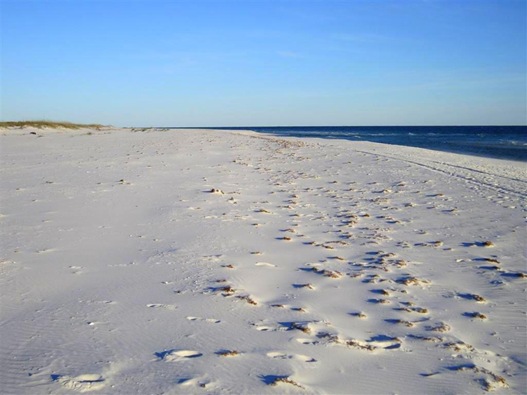 Water is clear and cold.  Wouldn’t want to do any swimming right now. 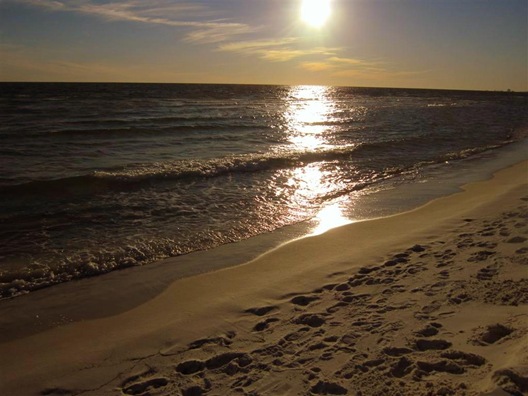 Put some chicken on the grill Saturday afternoon.  Enjoyed the sunset through the trees in the campground while it was cooking. 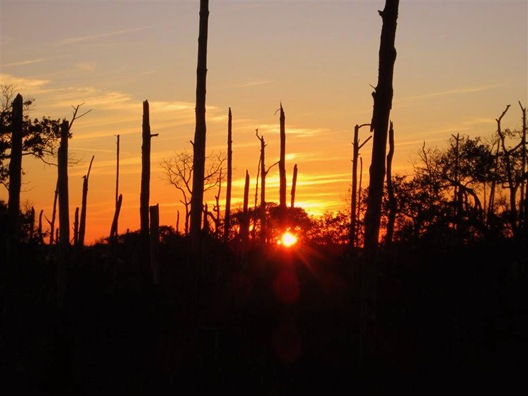 After dinner, we watched the conclusion of the Saints and Forty Niners game.  Unbelievable finish.  Guess we can say the sun has also set on the Saints for this season.  If only they had a defense. I’m having trouble getting on the internet with my wireless access.  Having to do updates from wherever we find wifi.  Hope to get it worked out soon.  We plan to leave here sometime Monday for points unknown.  Will update as we can……….jc