Not a good Jelly Fish day. 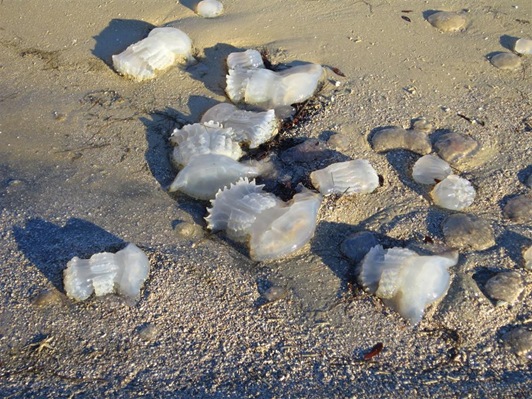 Up early this morning and out on the bicycle.  After a short ride, decided to stop and take a short hike along the bay side of the island.  The first thing I saw as I approached the water was all the dead jelly fish.  They were everywhere.  I assumed they were all jellies, though there were many different sizes and shapes.  Also found one starfish among them. 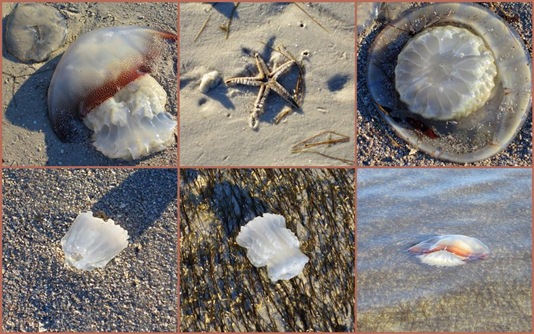 I wonder what caused all of them to apparently die and wash ashore.  Is it a natural cycle due to the cold weather, or something more complex such as last years oil spill?  Whatever it may be, it was kind of sad to see them washed ashore all along the beach.

We spent a quiet day here on the island.  Went for a long hike on the beach near midday, and then just chilled until late afternoon when we drove into Pensacola Beach to have an early dinner.  Oysters on the half shell, crab claws, and a seafood platter for the two of us.  Life is Good.

As we arrived back at the camp ground there were scattered clouds toward the West.  I thought they would help create a fantastic sunset so grabbed the camera and headed for the beach.  Though there was some color, it just didn’t come together as I had hoped. 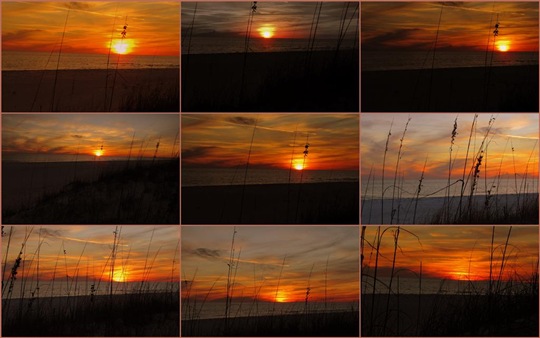 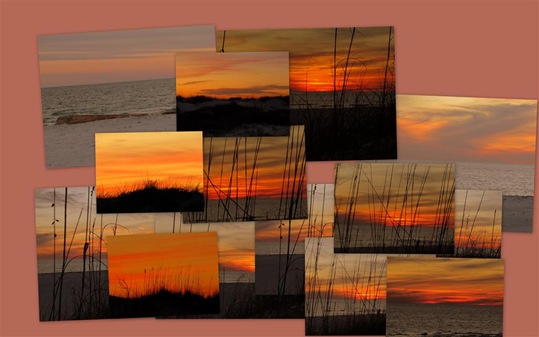 Did catch a couple guys headed in for the evening.  Hope they had a good day fishing.  If not, wishing them better luck tomorrow. 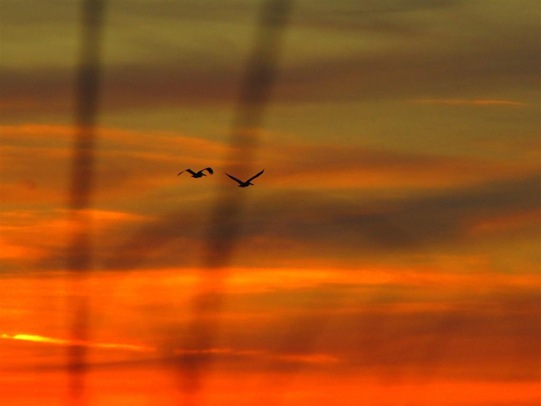 Think we will be moving on tomorrow(Monday).  Not sure when this will post, so the dates may not make a lot of sense.  But then again, when you’re retired, dates don’t matter much……..jc