A Trip to St. Elmo 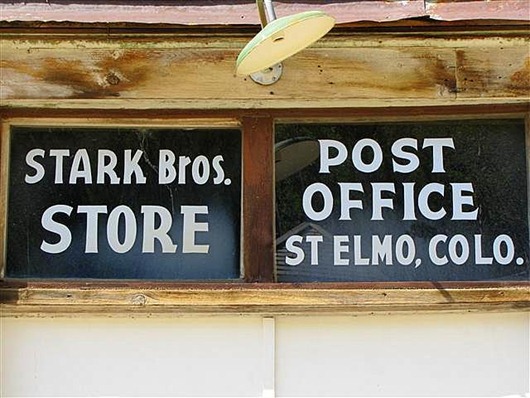 About a ten mile drive up a paved, then gravel, road Southwest of Buena Vista will take you to the ghost town or St, Elmo.  Billed as one of the best preserved ghost towns in all of the West.  Settled as a mining and railroad town around 1880, there were over 50 mines operating in the area. 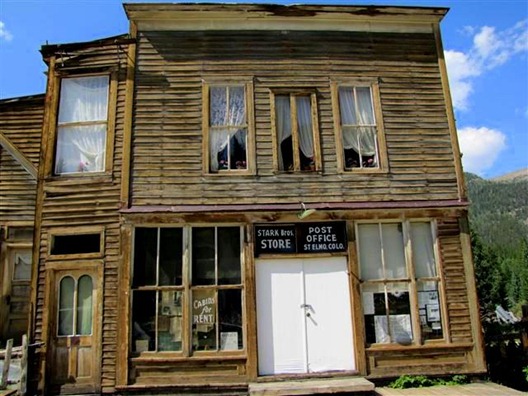 The mines ran out,  and the railroad survived until around 1925 before pulling up stakes.  By then most residents had left the area and the town became practically deserted except for the two children of a couple of original settlers.   They stayed until the 1950’s, acting as guardians and protectors of what was left behind.  It is to them we owe thanks for what we see today. 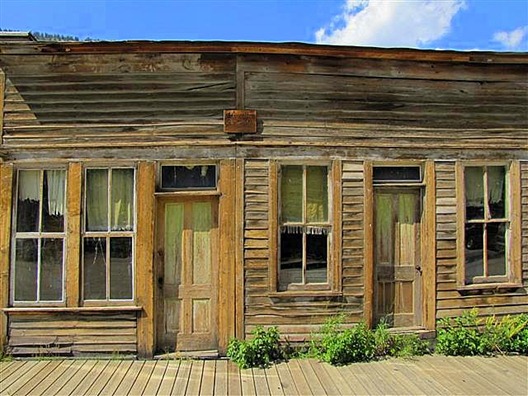 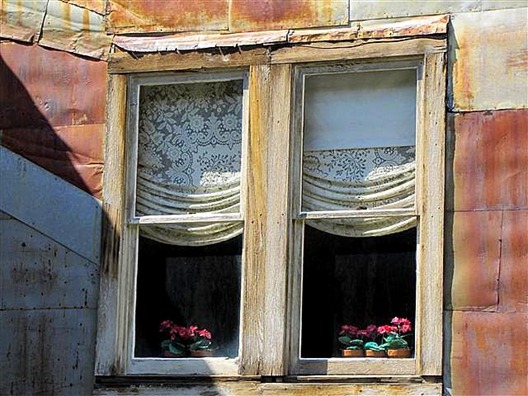 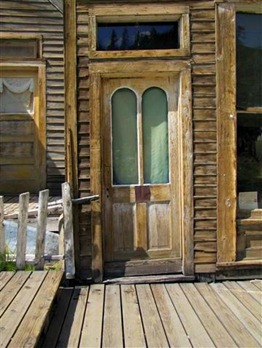 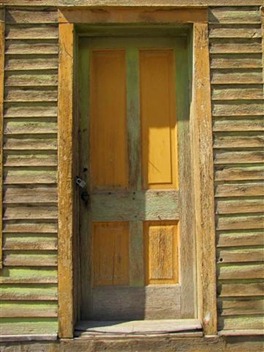 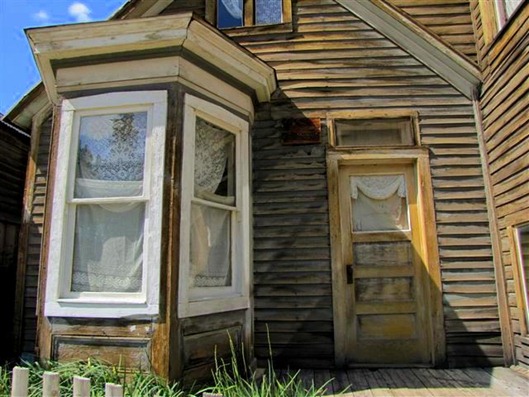 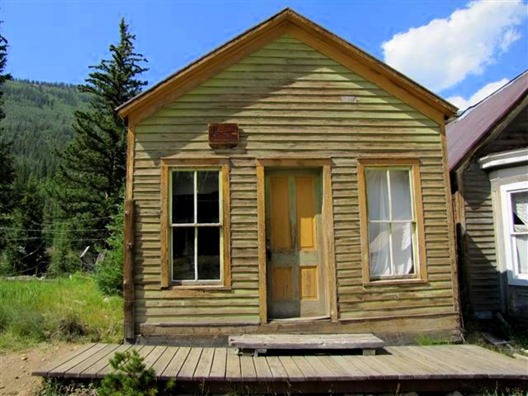 All of the properties are now privately owned, but as it is a Registered Historic Site, the buildings have to remain true to their roots, so to speak. 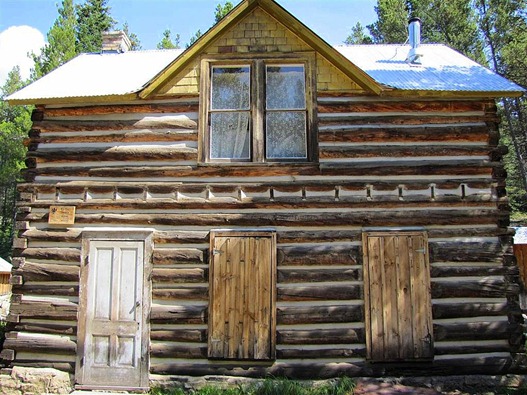 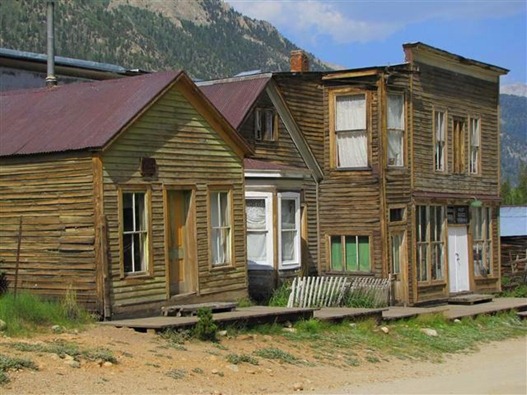 Even to the outhouses in the back yards. 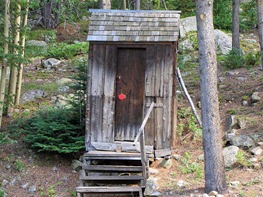 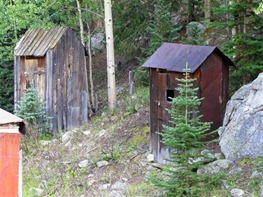 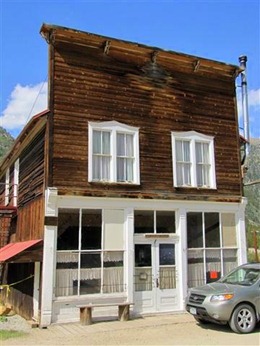 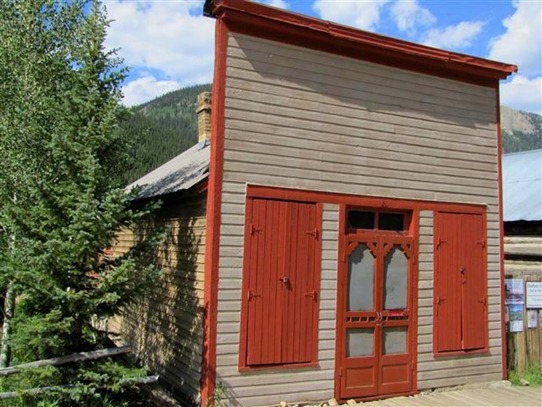 The old school, with a shot of the interior through a glass partition.  Notice the wood burning stove in the center of the room. 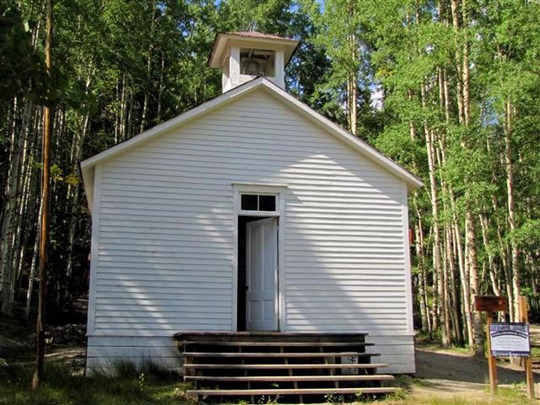 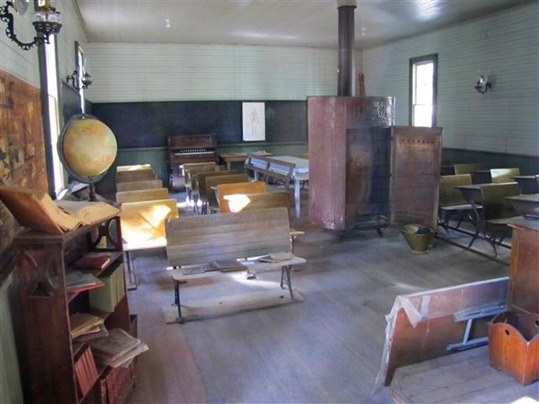 The only full time occupant that I could find; 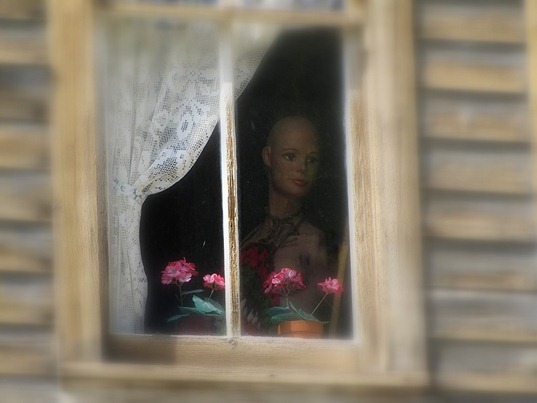 Other than the chipmunks.  There has been built near the middle of town, a nice pile of crossties and landscape timbers that’s the home of hundreds of chipmunks.  It seems that everyone feeds them and they are very tame. 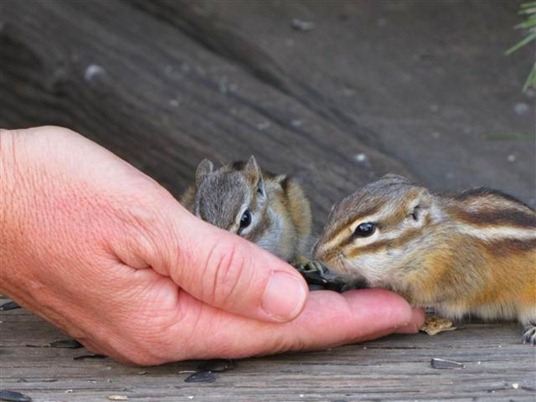 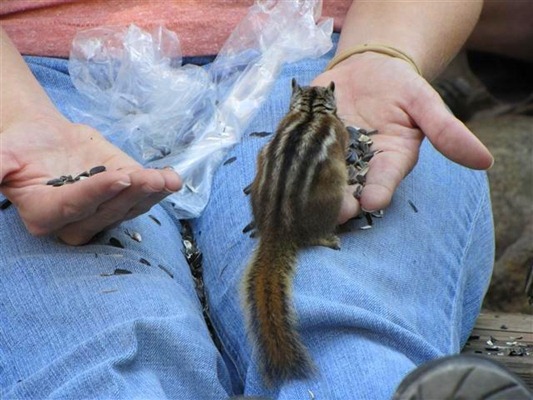 There were dozens of folks feeding them while we were there, so Wanda and Sally had a seat amongst them. 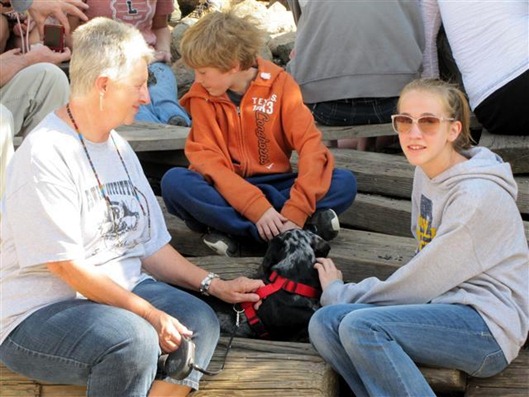 As you can see, Sally wasn’t as interested in getting scratched as she was in tagging one of those chipmunks. 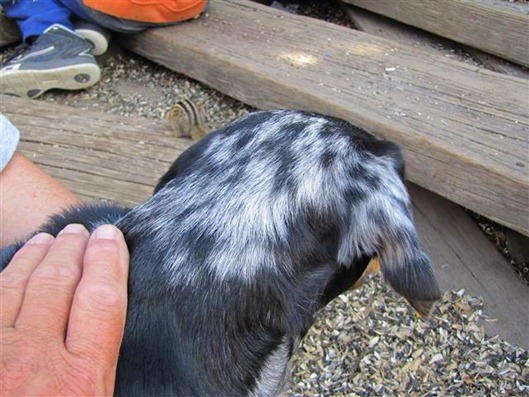 She didn’t get lucky, though.  We left them all behind in good health, as far as we knew. 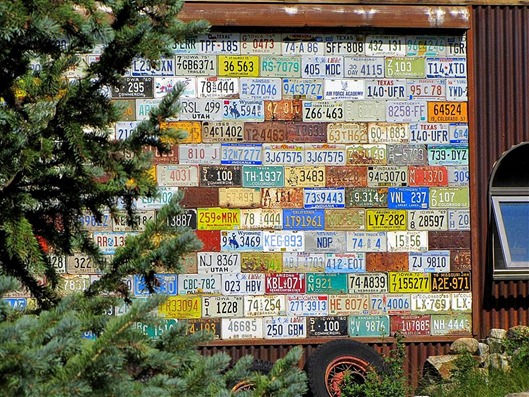 Another interesting day on the road…….jc