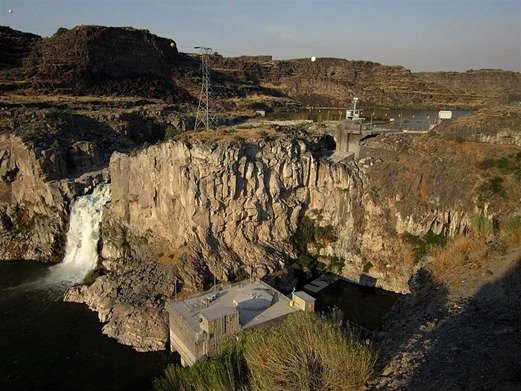 Still running from the smoke.  We arrived in Twin Falls, ID to more of the same.  Where the Twin Falls once were, it’s now a dam and power generation station.  Only one fall, and it is really a spillway from the dam.

We also visited Shoshone Falls, just a couple of miles down river from the Twin Falls. 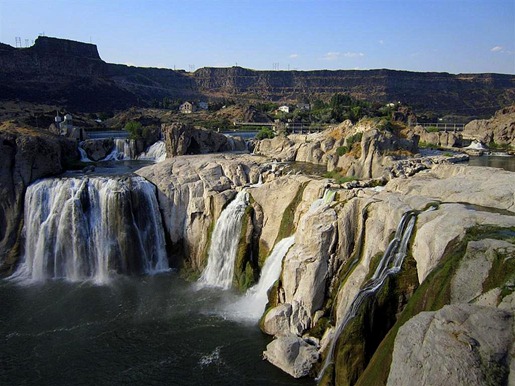 A beautiful place, but it would be even more spectacular without all the buildings, walkways, and such spoiling the view.  I would imagine it is even more awesome in the Springtime when the river is running full. 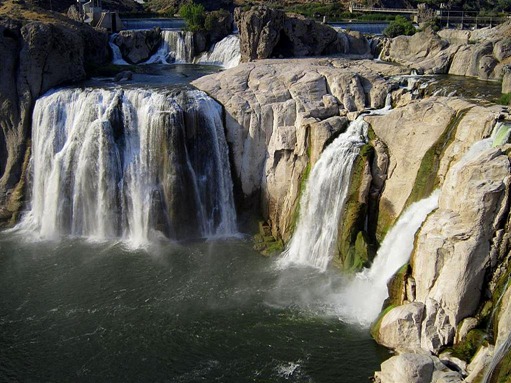 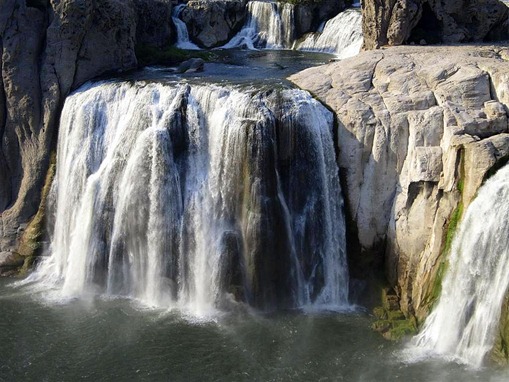 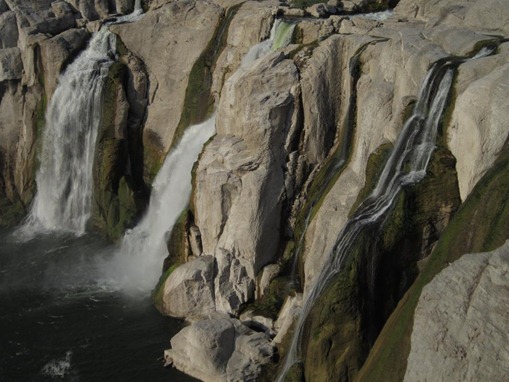 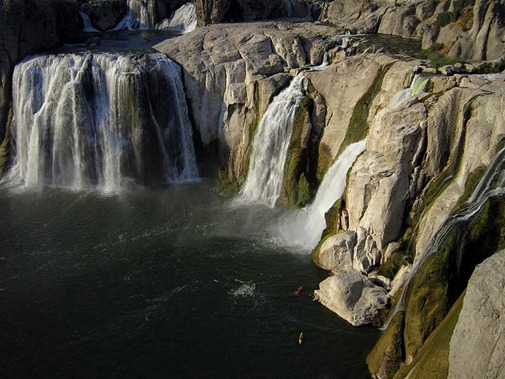 One of the things I wanted to see in Twin Falls was the Base Jumpers.  The only place in the Country where it is legal to base jump from a public structure, it draws crazy folks from all over the world.  This is what the jump from. 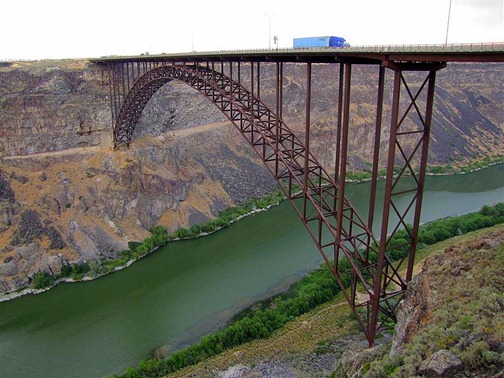 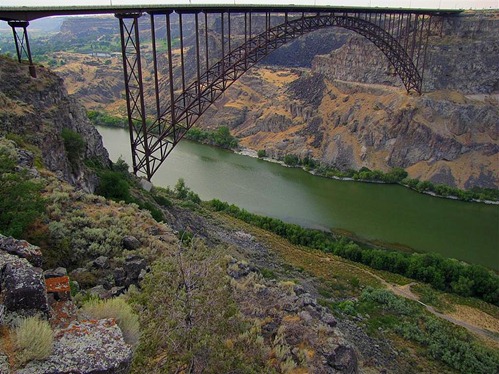 And this is where they jump to. 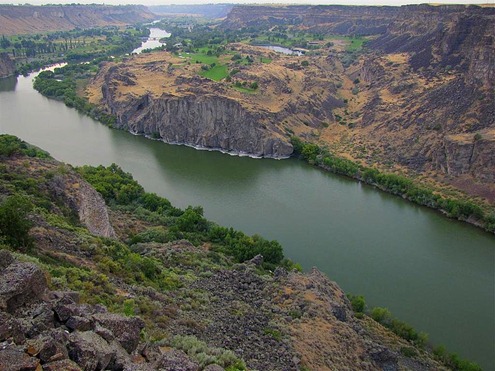 While waiting early in the morning for some action, I noticed this big crane on the opposite edge of the canyon. 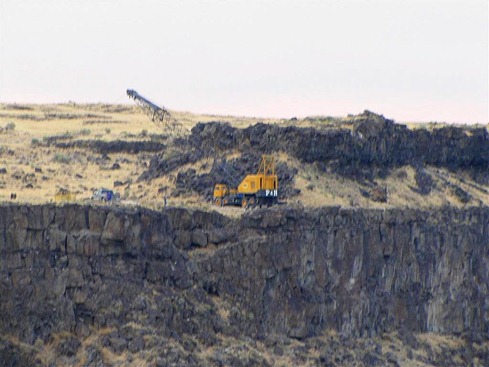 I wondered what it was there for until I noticed this, about 300 feet below the rim. 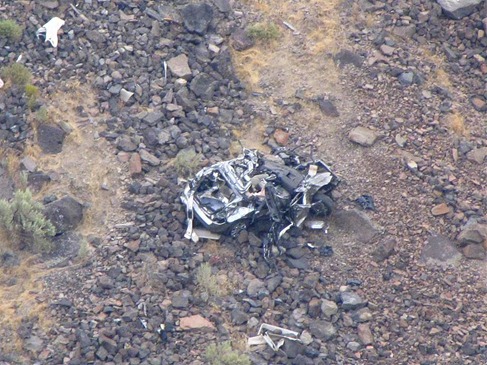 The remains of a vehicle, which the crane was in the process of removing. I asked someone if they knew the story and was told a lady had committed suicide about a month before.  How sad.

Another thing I could see was the launch pad for Evil Knievel’s attempt to jump the Snake River Canyon back in the 70’s. I had forgotten all about that. 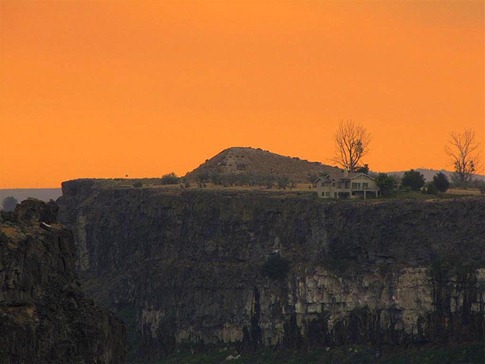 Finally, one guy shows up and starts packing his parachute. 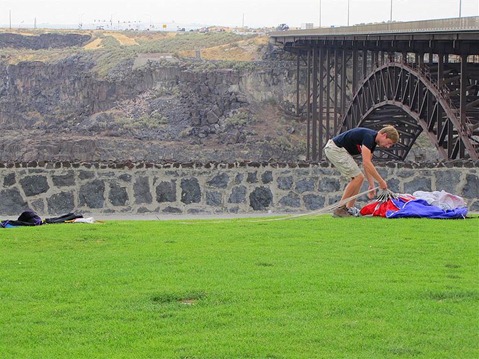 Crawling over the side. 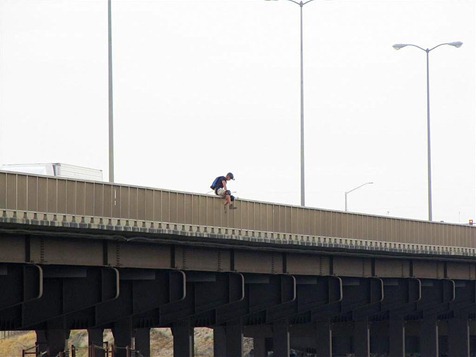 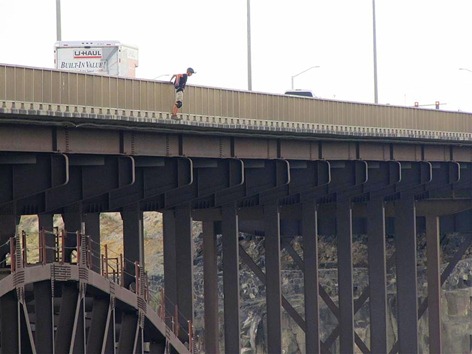 In the air, and a safe landing. 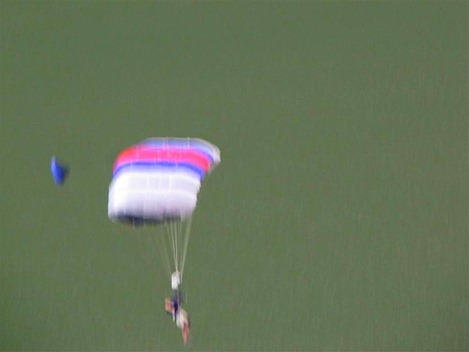 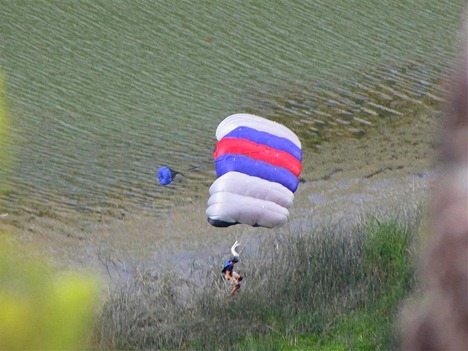 As the winds were really gusty, he was the only one to jump the morning we were there.  Oh, well, we saw one, anyway.  Takes all kinds to make the World go round.

And back to the falls at Shoshone and Twin Falls.  Both locations were beautiful parks with people everywhere enjoying cookouts, picnics, and parties.  I wanted to go over to this one, but Wanda didn’t want to admit it. 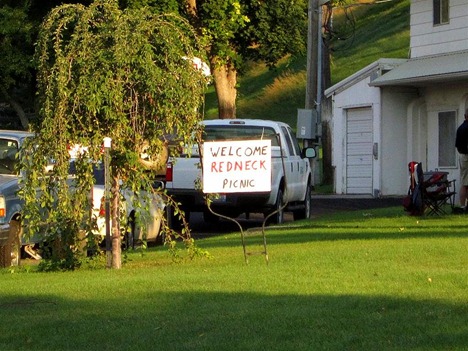 Later, and thanks for looking…….jc