More on the North Fork Road. 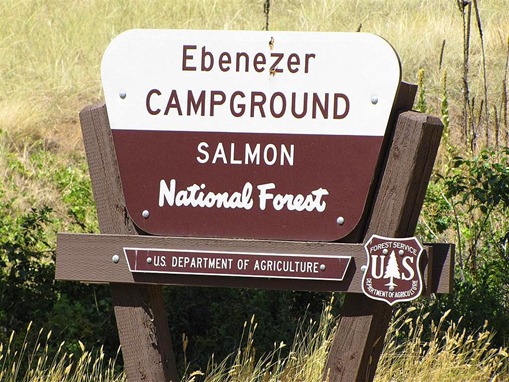 As we traveled farther down the North fork Road we came upon this really nice NFS campground right by the river.  There were probably 20 sites stair stepped up the hill from the river. 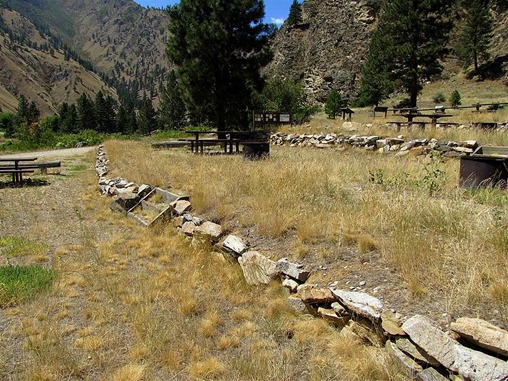 Not a soul around.  There were clean toilet facilities as well as fresh water available.  You just had to pump it, yourself. 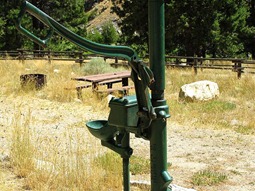 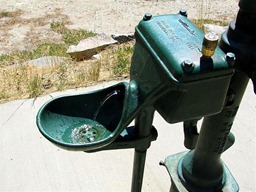 I’m guessing that it is full during the Steelhead run in October, as well as most of the hunting season.  The site itself was originally a CCC camp back in the 1930’s for the boys that built the road.  according to a plaque there, they worked for $30.00 a month, of which they got five dollars and the balance was sent back home to family.  I glanced up the hill once more as we were leaving and saw something else interesting. 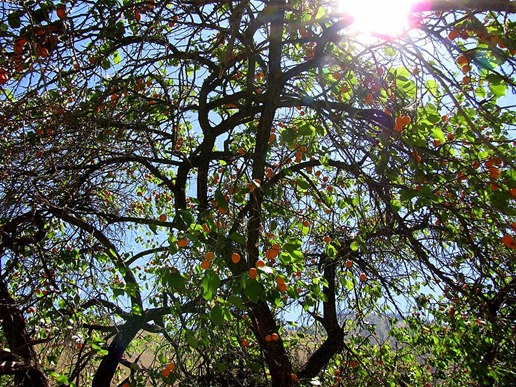 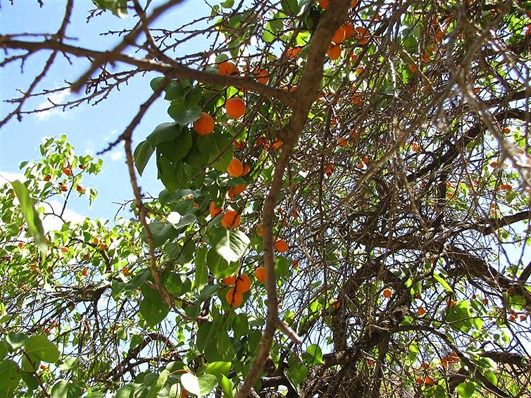 Apricots, growing wild above the campground.  They were delicious.  we picked and ate our fill while there, then left the rest of them to whomever or whatever next finds them.  From the looks of the ground under the three trees, the deer were really enjoying them.

Another unique find near the end of the road was the M-T Saloon. 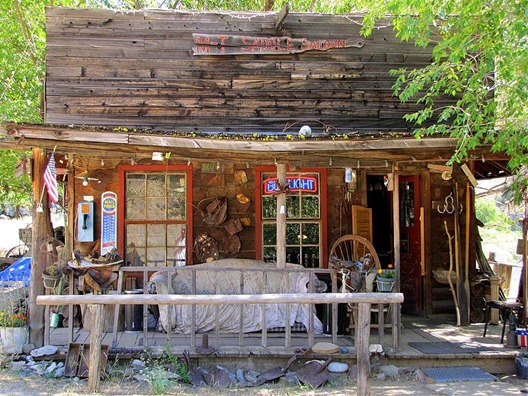 Run by an old guy who spends his summers up there, and his Winters in Wisconsin, he was quite the individual. 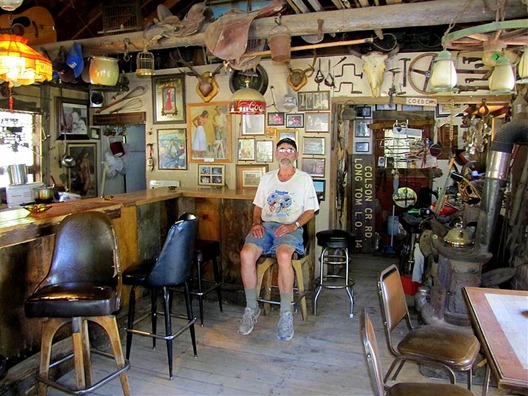 He had lots of stuff; 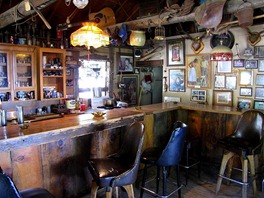 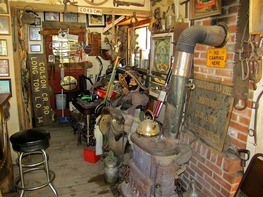 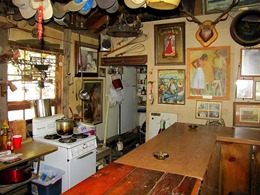 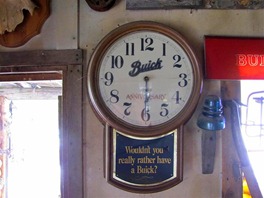 as well as the only electricity for thirty five miles.  He has a water wheel which runs a generator.  This allows him to sell what he calls the coldest beer and soda pop for miles around.  And it was pretty cold.  Reasonable too; considering the area.  $2.00 beer and $1.00 for a soda pop.

We ran across another old mine. 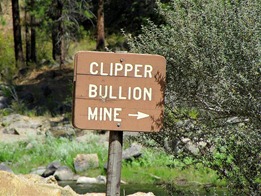 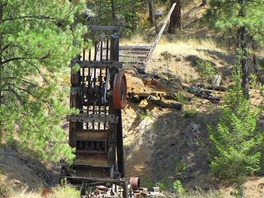 And the Shoup Store. 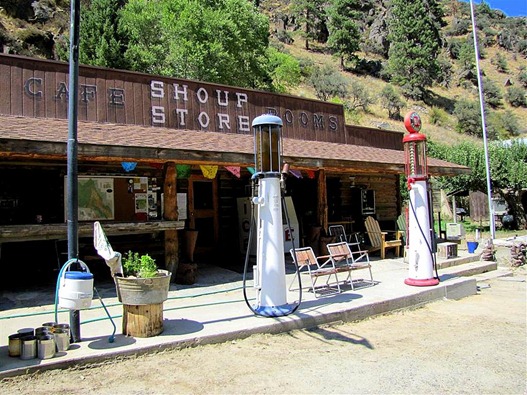 Those two gravity feed pumps are still used daily.  One for diesel and one for gasoline.  You hand pump as many gallons as you want into the top and then put the hose in your tank and turn the valve.  Gravity does the work; no electricity required.

It was a very interesting day.  Wrapped it up by stopping by a site I had seen earlier on the way down.  The sign just said Firefighters Memorial.  It was lifesize bronze statues of two young men who lost their lives as Helitack crew members back in 2003. 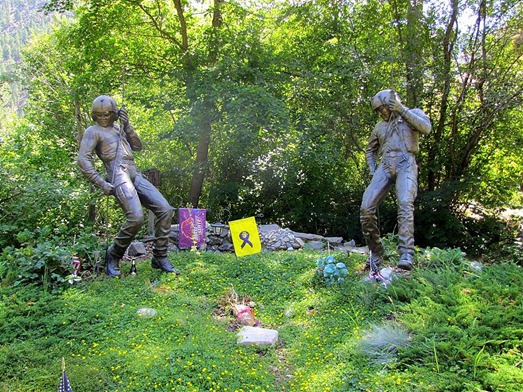 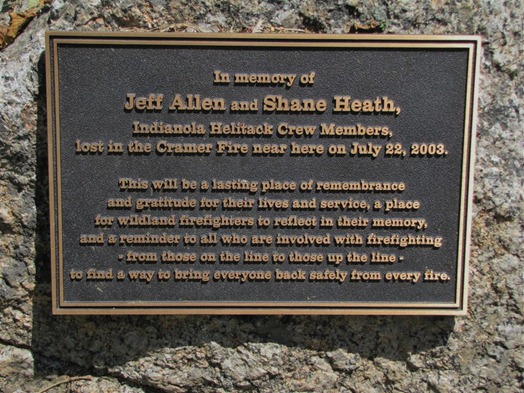 A sobering way to end a fantastic day.  A reminder of those that work very hard to protect the beauty we take for granted…….jc