Up to Lemhi Pass 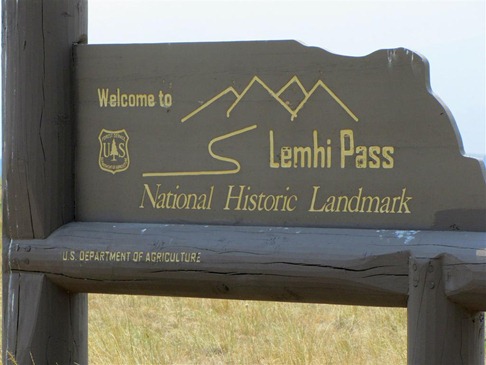 With a few detours.

First was the Gibbonsville cemetery.  A thriving community settled by some British folk way back when.  Not much there now but a store, a few houses, and this cemetery.  I have to admit that I’d not seen one like it until now.  A cemetery in a forest. Still being used today.  there were graves of the early settlers as well as recent ones. 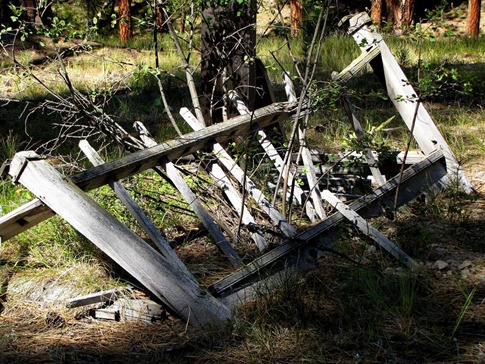 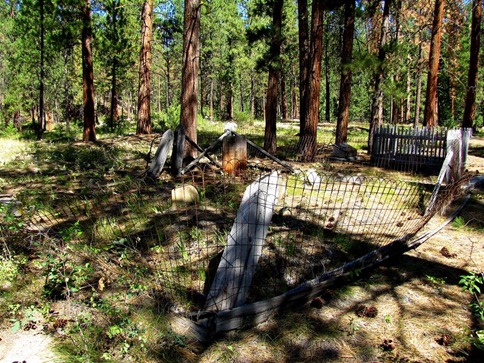 An interesting place to run upon.  Also found this monument along the roadside. 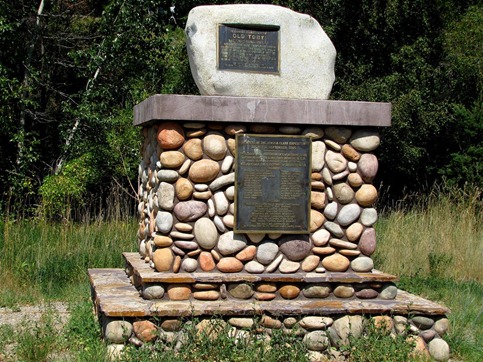 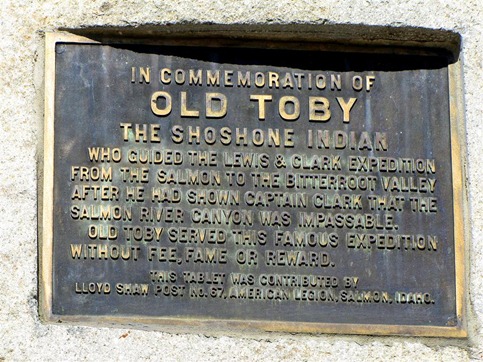 From Old Toby, we made our way through Salmon and up 12 miles of gravel road to the top of Lemhi Pass.  We had been told there was a monument to Sacagawea up there, as well as an interesting view of the Missouri River.

We found a park built in Sacagawea’s honor, but no monument.  It was guarded by this little lady who watched us the entire time we were there. 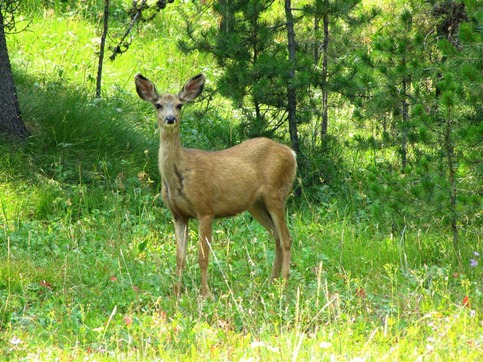 At the farthest part of the park was this spring. 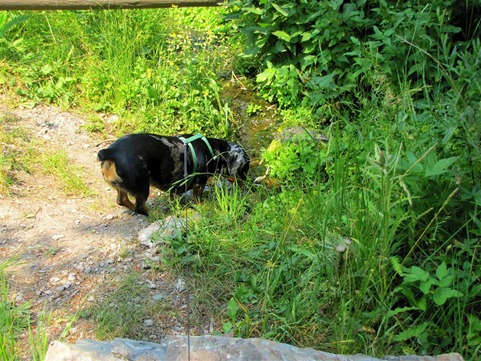 Said to be the Westernmost source of water entering the Missouri River.  In other words “the beginning of the Missouri”.

Wanda had to strike the same pose as one of Lewis and Clarks men did. 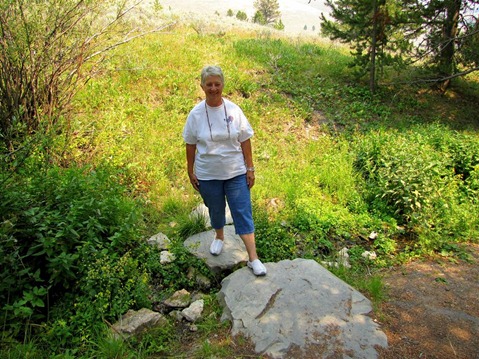 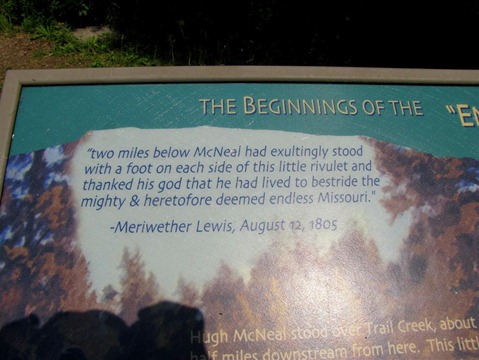 And Sally had to have a drink to commemorate the moment. 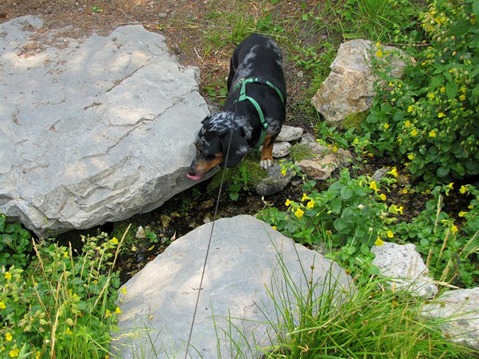 The area was really smoky from fires somewhere.  You could hardly see the mountains.  This is a view of the road we took up the mountain. 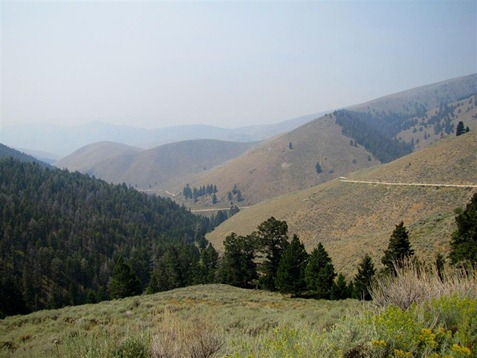 And we also stumbled upon this place. 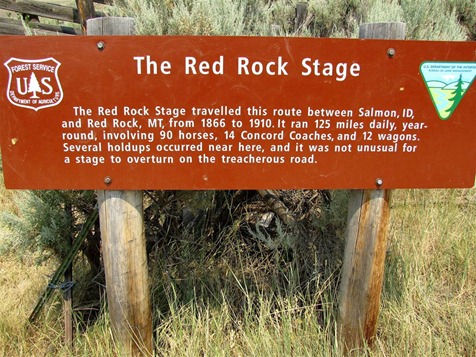 Apparently this was one of the stage stops, as it was right near the sign.  If it wasn’t, it should have been. 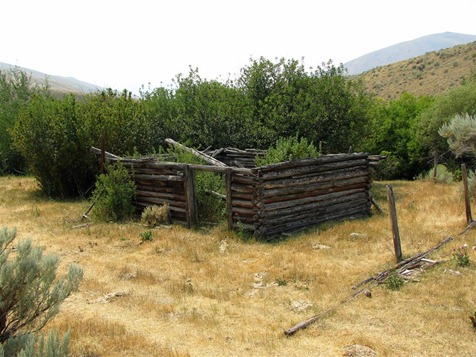 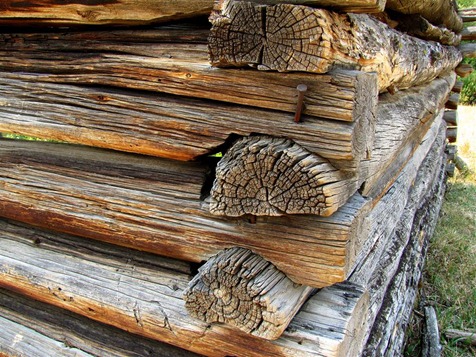 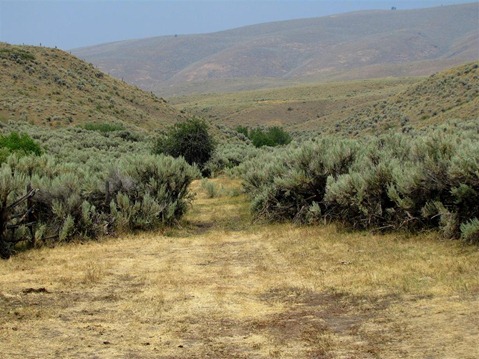 Quite a day in the Salmon, ID area.  We stopped in town for a grocery run and a bite to eat before heading back to the campground……….jc