Running A Ways Behind! 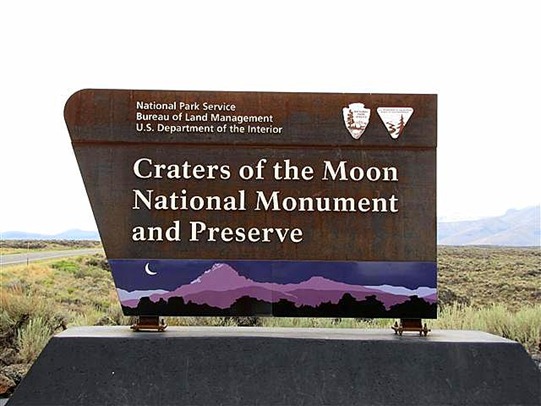 While in Twin Falls, we discussed which direction to go.  It was hot and hazy there, with reports of nothing better toward the South.  We decided to do a loop back toward Island Park, ID.  On the way there we stopped at Craters of the Moon.  A desolate place under smoky, hazy skies, it wasn’t the best conditions for pictures.  Here’s a mountain of volcanic cinders some folks thought was fun to climb. 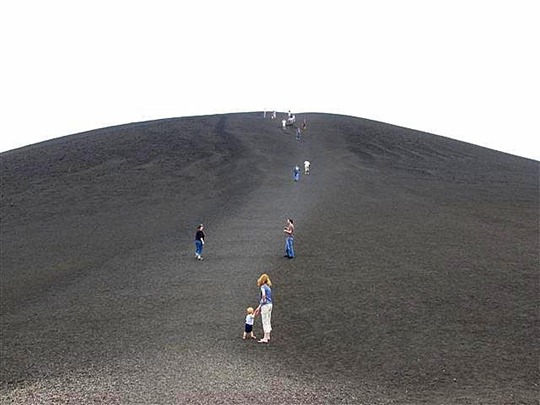 Look closely and you can see the hikers on the cinder mountain behind the Casita. 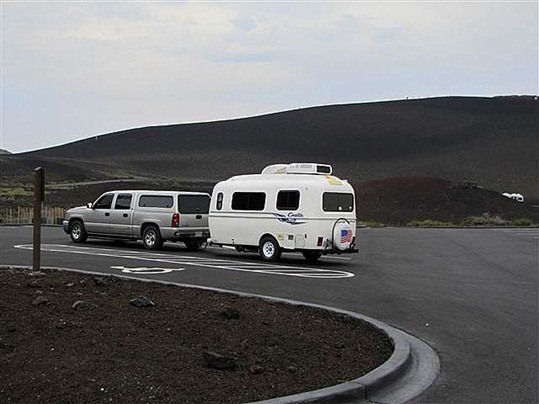 One of the many cinder cones in the park.  they were like miniature volcanoes, spewing cinders and ash, rather than lava, as recent as 2000 years ago. 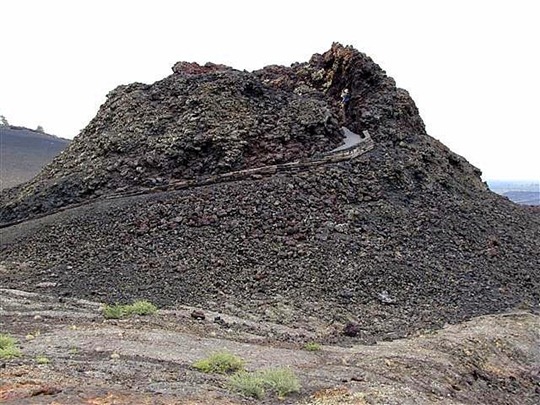 Nothing much grows in the Monument area but a few pine trees, and these plants called Dwarf Buckwheat.  They grow everywhere on the cinders, and resemble snow from a distance. 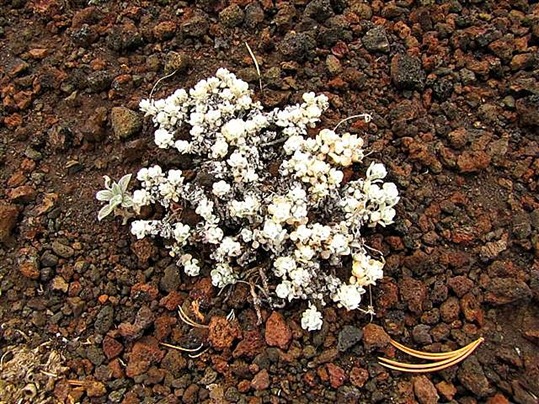 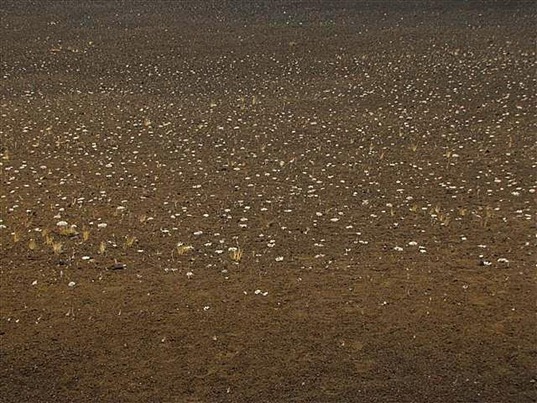 An interesting place.  Wish conditions had been better for photo’s.  These don’t even come close to showing  how strange and beautiful the place was. 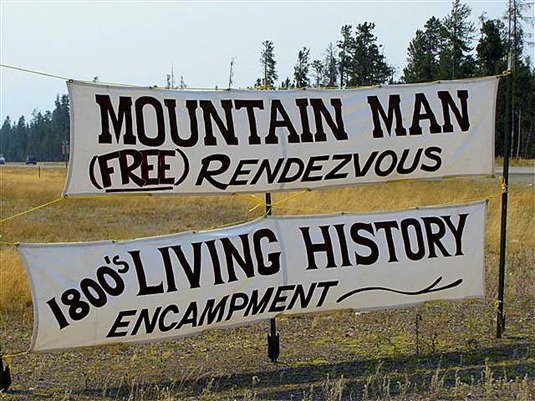 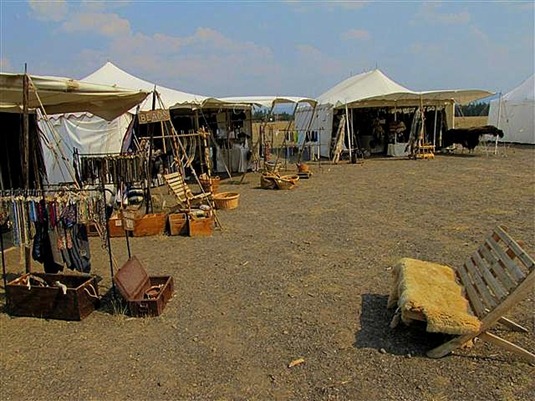 All dressed in period costume. 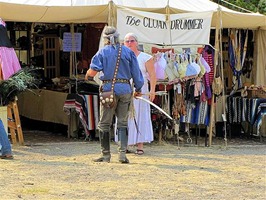 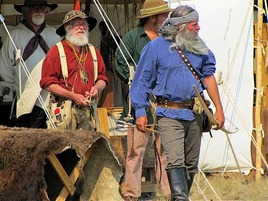 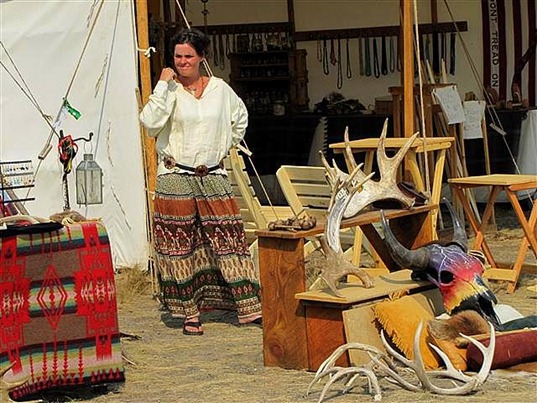 There were plenty of animal parts for sale, as well as some of the paraphernalia you would need to catch it. 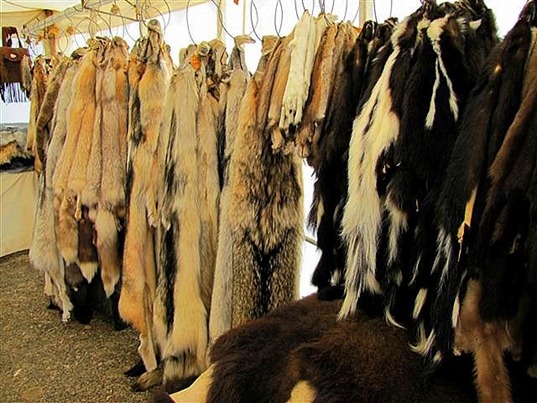 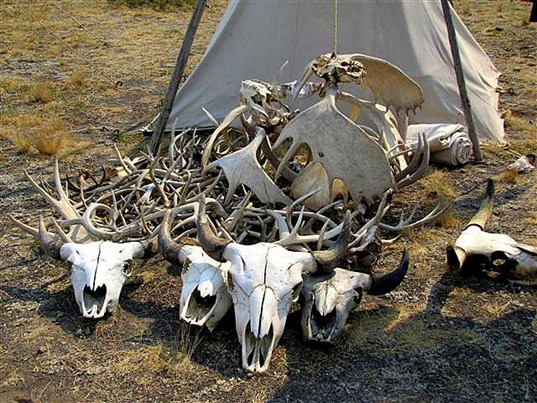 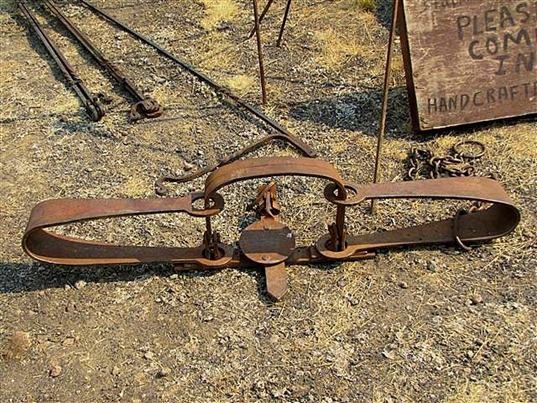 They were flying the Flag of the period. 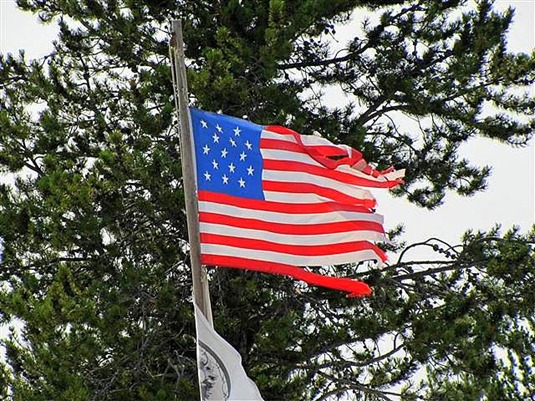 And there was even a friendly Indian, with whom you could have your picture taken, for a mere $3.00.  I believe he was making more money than anyone. 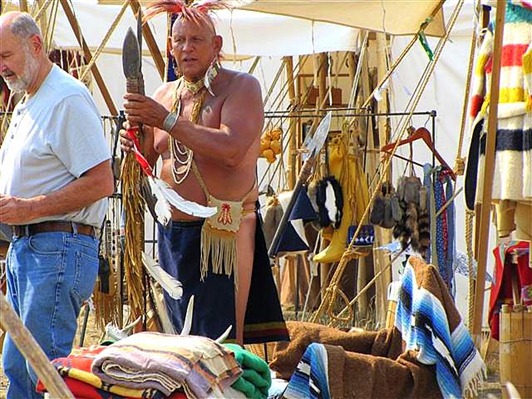 Though Wanda did purchase some pieces of pottery, I couldn’t get her to pose for a picture with Red Cloud. 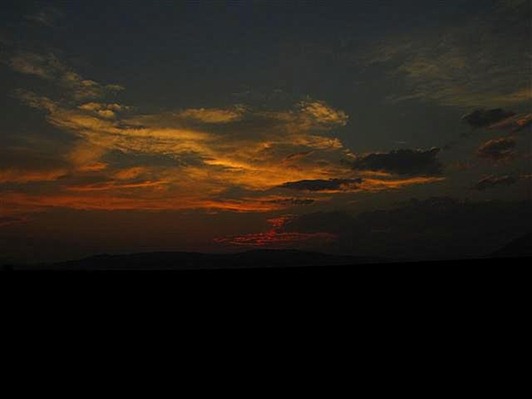