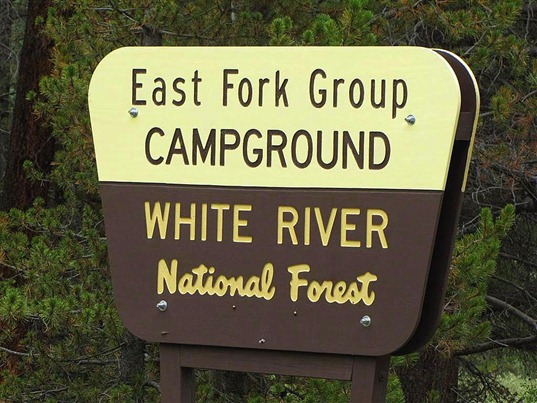 After we departed Firehole Canyon heading South toward Vernal, Utah; and then toward the  old Camp Hale high in the Rockies of Colorado, it began to rain.  After driving in it for about four hours, we decided to find a place to spend the night around Rifle, CO.  A call to a number given for a Colorado State Park assured us of available campsites.  After driving 22 miles on a winding narrow road we arrived at the campground in question and was told there were no sites available unless we had a reservation.  When I told the lady I had called about an hour ago and was assured there were sites available, she said; Oh! you were talking to another campground down the road about six miles.  We have three parks with the same phone number listing in the books, and they are the only ones who answer the phone.

As the names were similar, I didn’t notice it when the the call was answered.  Needless to say, it left a bad taste in my mouth for Colorado State Parks.

By the time that fiasco was over it was getting on toward 4PM and I was getting tired of driving.  We decided to stay in the Walmart in Rifle.  NOT!  No Overnite Parking signs were everywhere.  As we were exiting Walmart we spotted a Starbucks.  I told Wanda to go get two big coffees while I walked Sally in the rain.  We were heading for Camp Hale.  The drive from Rifle to Minturn, and then on up to near the top of Tennessee Pass took nearly two hours in a pouring rain.  We arrived and got set up in another downpour, but shortly thereafter the rain stopped for the duration of our stay there. 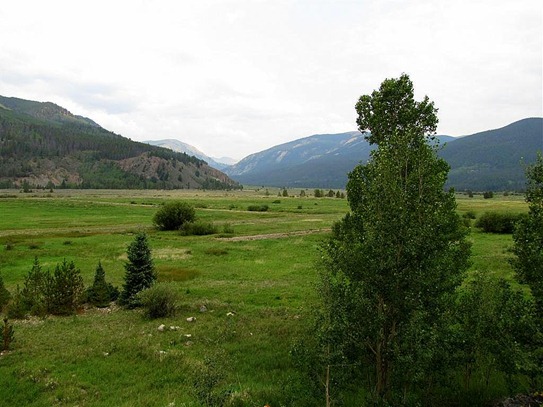 This valley was once home to more than 14,000 troops during World War II.  It was the home and training ground for the 10th. Mountain Division.  There’s not much sign left of what was once a bustling Military base.  A few foundations and some old ammunition bunkers. 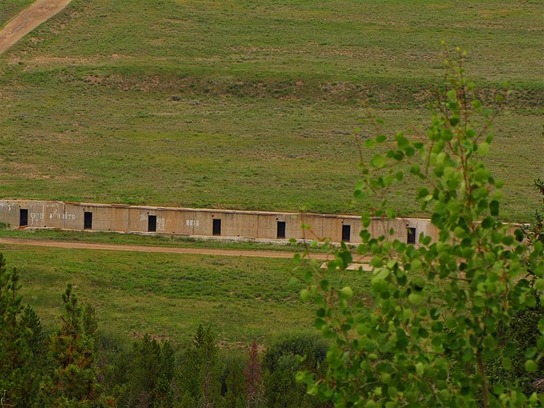 It has reverted back to a beautiful valley inhabited by lots of wildlife, mostly beaver.  They have dammed the little stream that flows through the valley a thousand times, creating pond after pond. 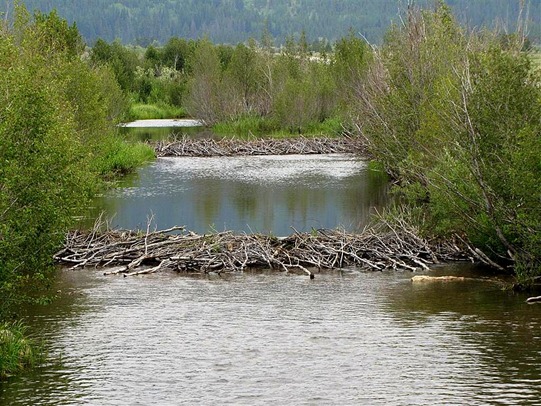 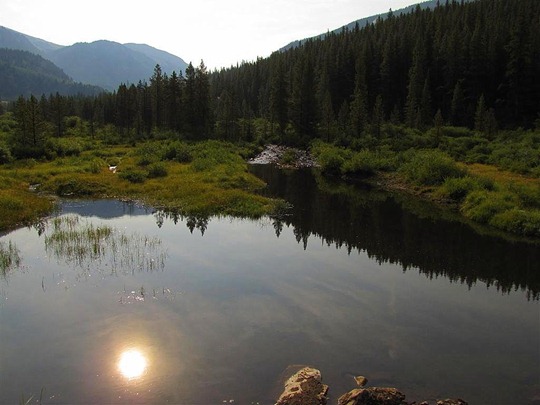 It was a beautiful setting for our little gathering.  I think there were 15 trailers there including Scamp’s, Casita’s, an EggCamper, and an Escape.  We all just scattered out around the group site as we saw fit, and had a wonderful time visiting with old and new friends. 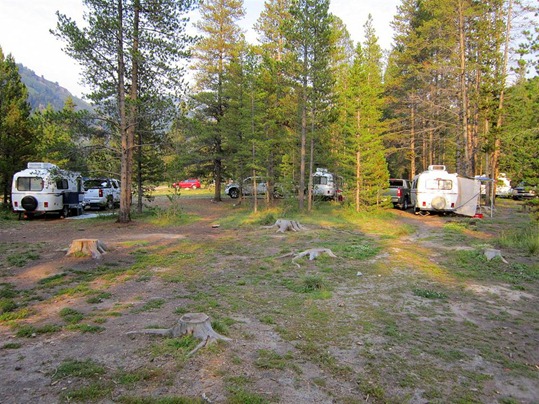 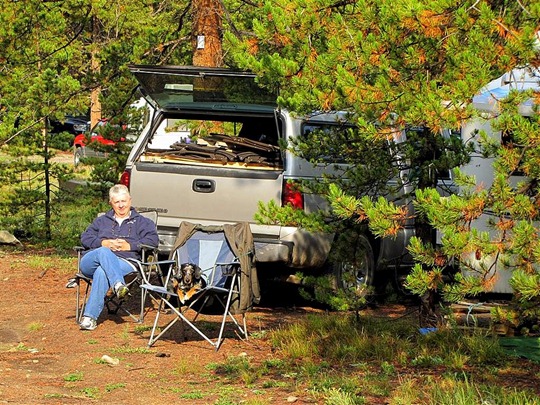 We had a pot luck one night which turned out quite well.  There was even a deep dish New York Blueberry pie that almost caused a scuffle when it came down to the last slice.  And there was always a fire for the evening Happy Hour. 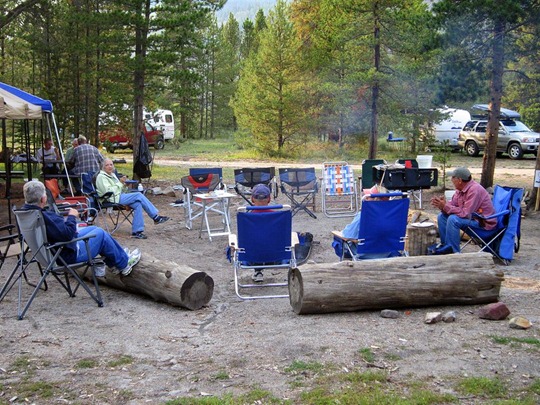 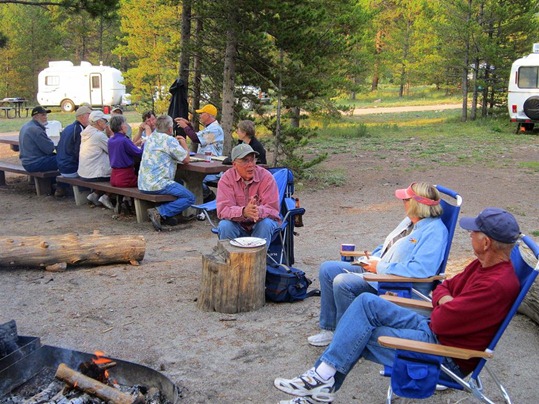 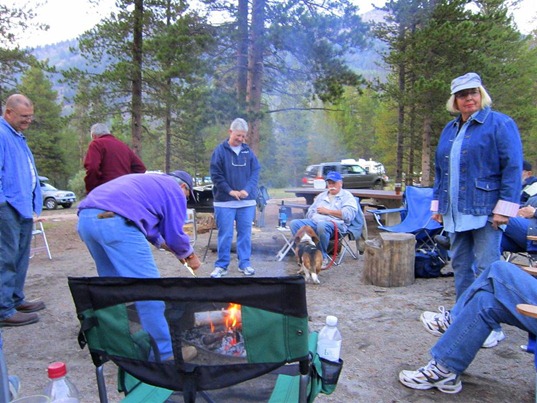 Overall, it was a great three days and nights of camping in the rough.  No running water or electricity, other than a generator running occasionally.  The altitude was 9,670 feet where we were camped and it got cold at night, but the furnace warmed us up quickly as we waited for the coffee to perk on the stove.  A really pretty place to camp in the heart of the Rocky Mountains. 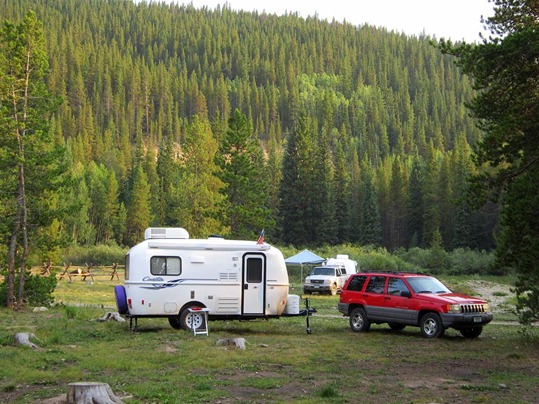