A dramatic change of scenery. 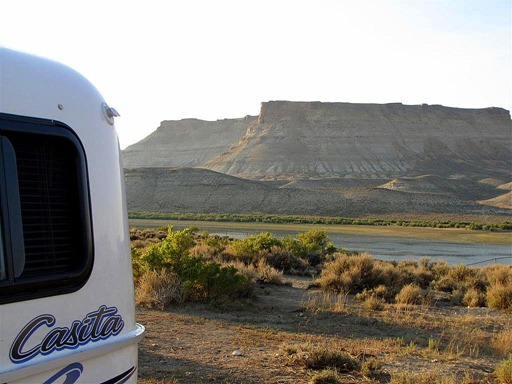 We departed Cody after two days, heading South.  We made our way through numerous Wyoming towns that looked the same, all the way to Rock Springs.  Having spent one night there a few years ago, we knew we didn’t want a repeat visit.  Thanks to Jon and his journey’s, we had a place in mind for the night.  Located approximately 10 miles South of Rock Springs and 10 miles West of Hwy 191 is Firehole Canyon Campground.  A NFS campground located at the end of a nice paved road on the upper reaches of Flaming Gorge Reservoir.

Surrounded by massive rock formations, it was quite a contrast from Northwestern Wyoming.  Wylie Coyote would have been right at home. 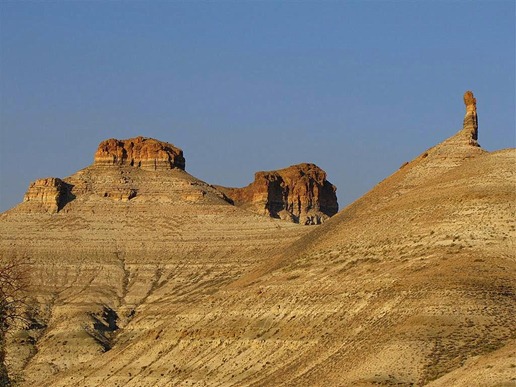 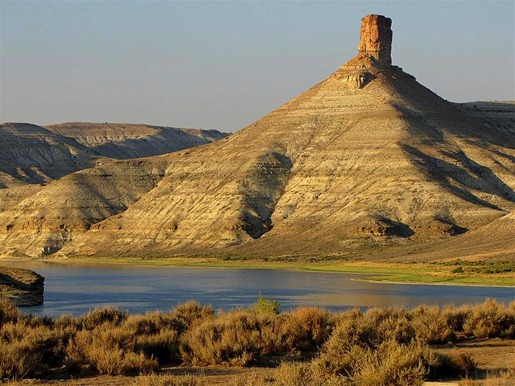 Each site had a little covered building over the picnic table for protection from the wind, though it wasn’t a problem while we were there. 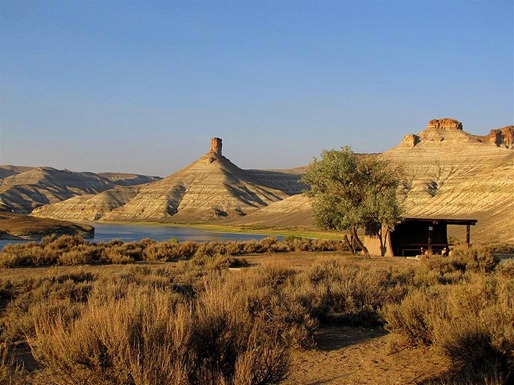 Other than three bikers, we had the entire campground to ourselves until just before dark. That’s when a couple of vans full of college students from Earlham College in Indiana pulled in. They were on their way home after a 10 day hiking adventure in the Unita Mountains. Even all those kids did nothing to spoil the quietness of the surroundings.  I think they were worn out.  They all grabbed a sleeping pad and bag from a trailer one of the vans were pulling, and sacked out on the ground under the clear sky.  Twenty minutes after they arrived the only sound was a couple of coyotes serenading each other. 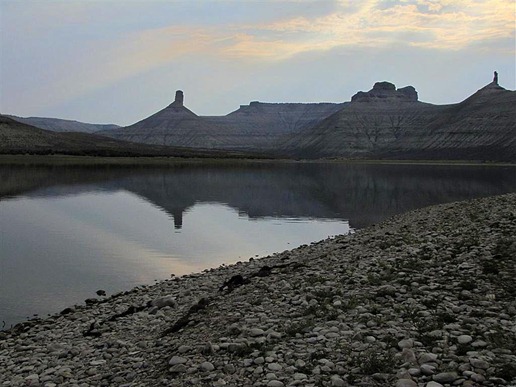 The morning found Sally and I down at the river, so to speak.  The level was down quite a bit and there was grass growing on what was once the bottom of the lake. 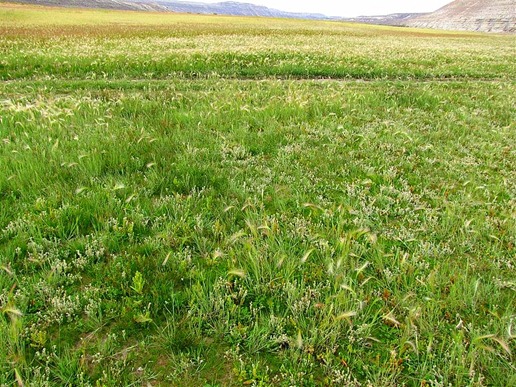 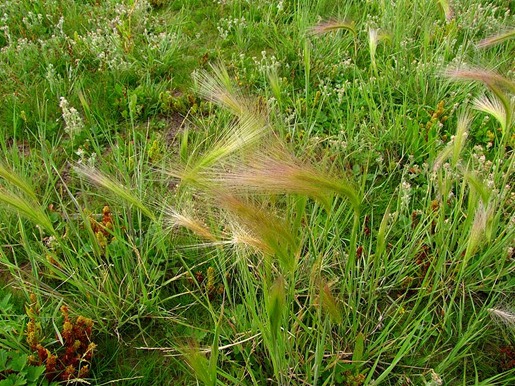 I’m not sure what type of grass it was, but the deer and antelope seemed to love it.  They were scattered all over eating, but every picture I took of them was either too far away, or blurry. 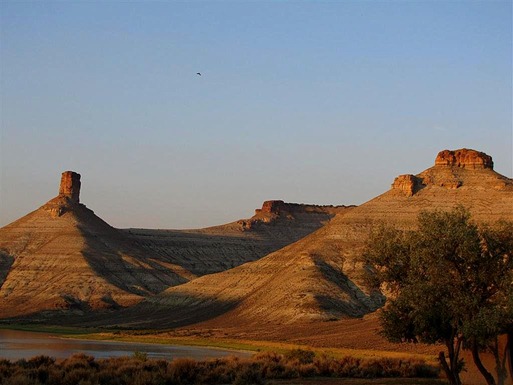 Another great place to spend a night that we wouldn’t have known about if it wasn’t for a fellow blogger.  Thanks, Jon……..jc