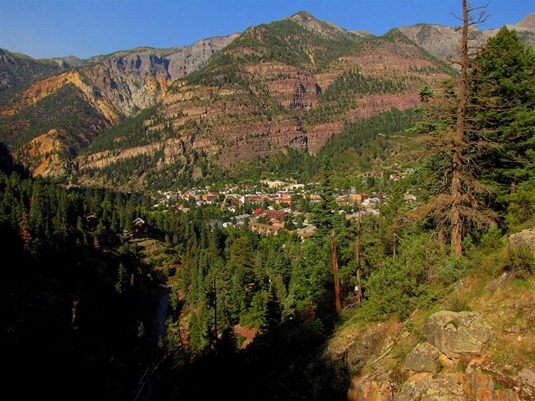 We got a late start from our night at paonia SP as we didn’t have very far to travel.  We saw a part of Colorado that I didn’t know existed.  Somerset, CO is a coal mining town from another time.  Still looks like a place from the 40’s or 50’s except for the mile long coal trains loaded and on their way East.  And then, just a few miles further down the road are orchards everywhere, growing apples, peach’s, and cherries.  Acres and acres of sweet corn. We made it to Delta, CO and turned left toward Montrose and Ouray.  Arrived in Ouray around noon under a bright clear sky, and got a nice site in Amphitheater campground.  No hookups, but $9.00 a night in Ouray is a pretty good deal.

One of the things we wanted to do was a jeep tour into Yankee Boy Basin.  We went to the visitor center for information and booked a trip for the following afternoon.  Little did we know that the weather was about to change. The view from the campground. 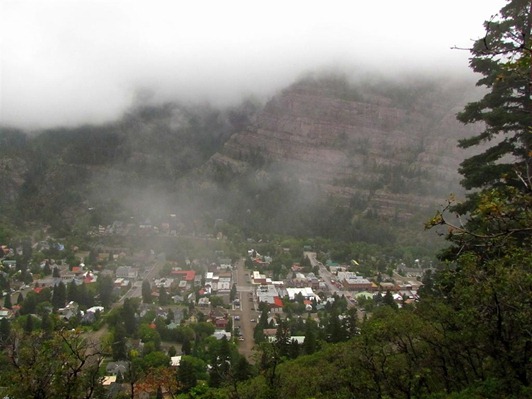 Awoke to rain on the roof and it stayed for the day.  Not a heavy rain. Just enough to be aggravating.  We departed on our tour in a light rain and it was foggy the entire afternoon.  Everything was dark and gloomy.  Photo’s worth anything were practically impossible to take. 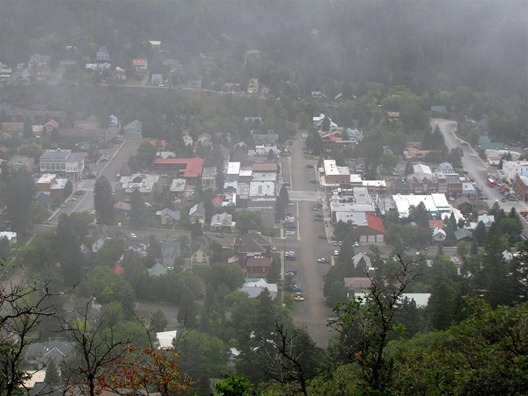 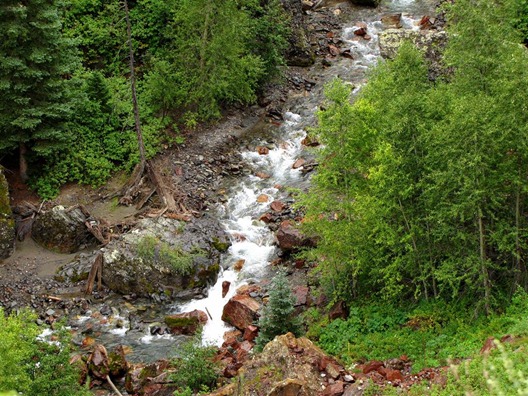 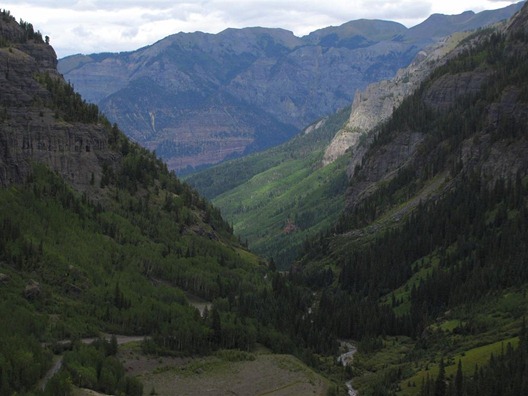 Lots of old mine stuff, as well as new digs. 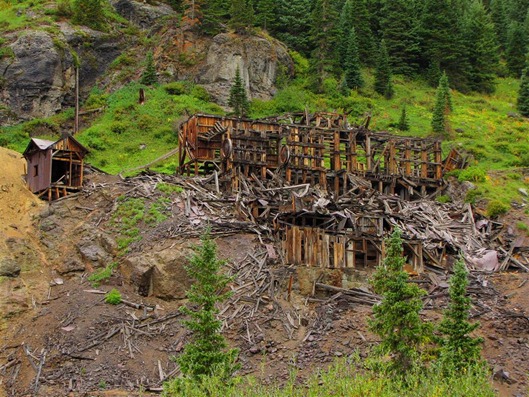 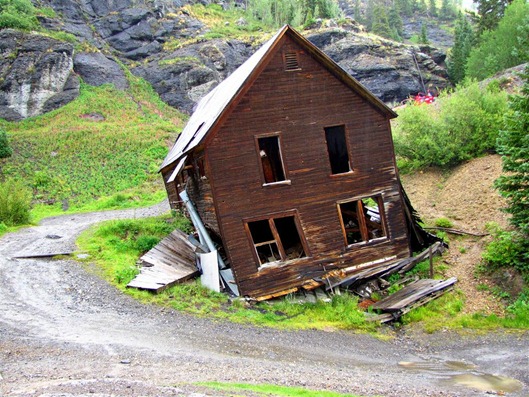 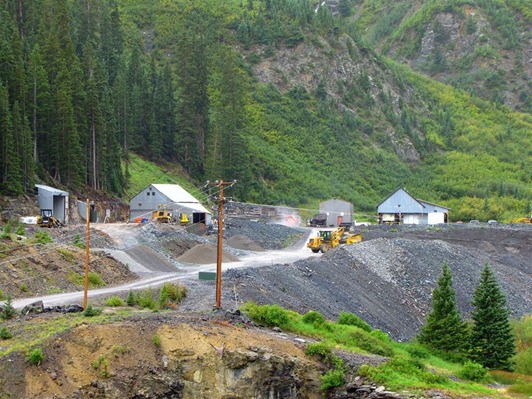 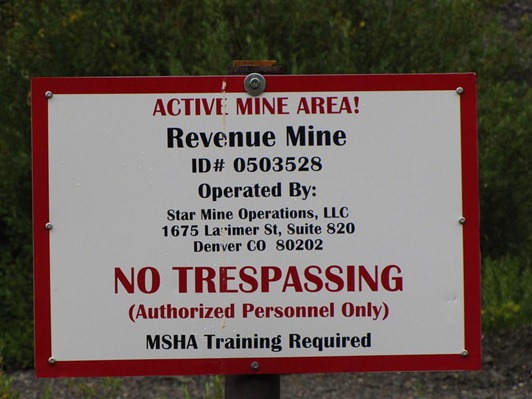 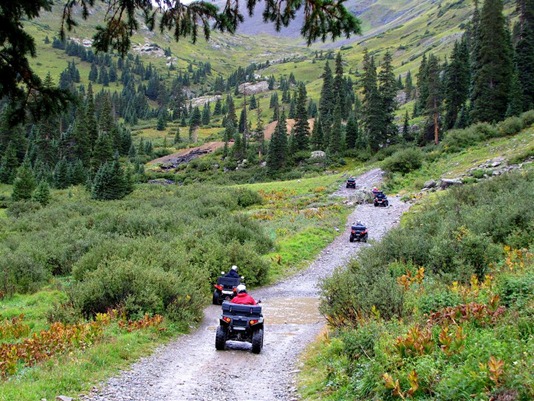 Some of the roads we traveled. 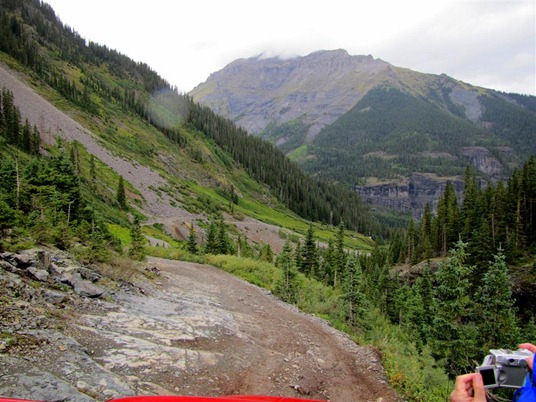 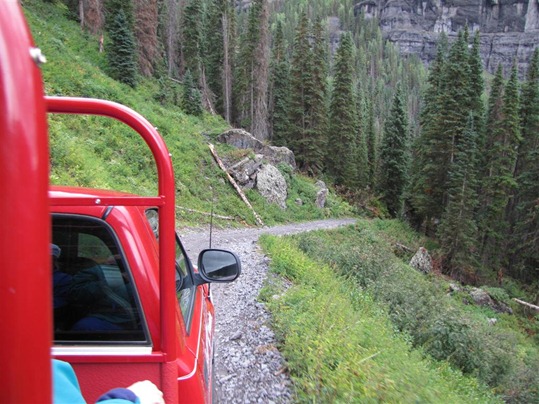 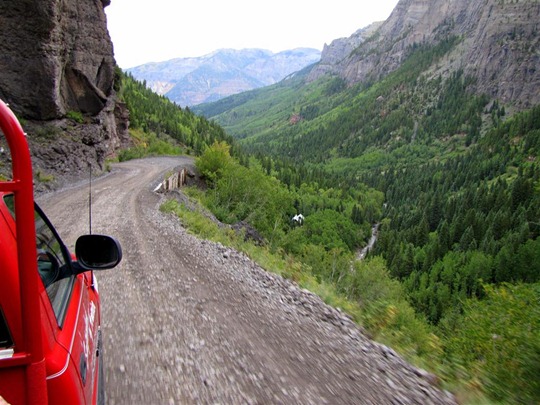 A really pretty place that I was unable to capture in pictures on the day we were there.  Hopefully, we’ll get another opportunity to see it on a bright sunshiny day.  I’m pretty sure it will take our breath away. 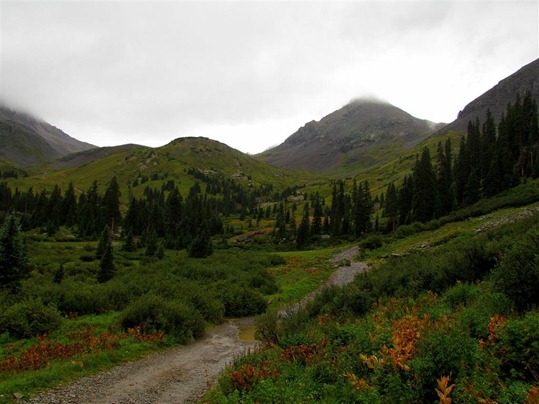 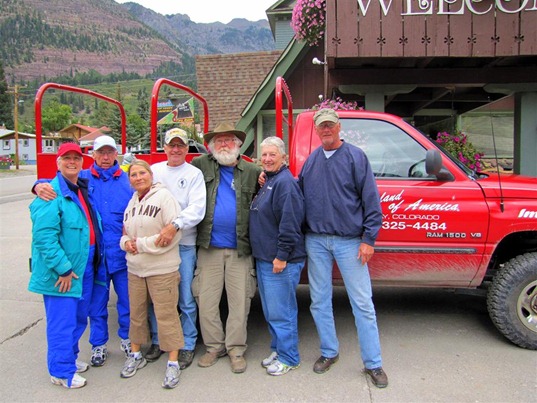 More on the town, tomorrow……jc